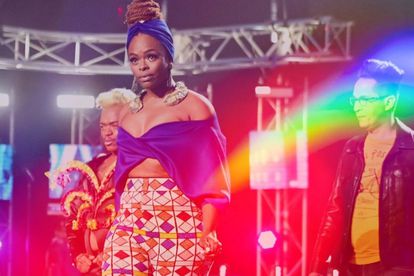 Contestants on the 17th season of Idols SA have proven that they are certainly talented. The show is currently in its infamous theatre week stage and South Africa is a little bit closer to finding out who their next Idol will be.

If you’ve missed out on a few Idols SA episodes, fear not! Here is a quick catch-up on what’s been going on.

Due to COVID-19, the judges were unable to travel South Africa during the audition rounds of the talent show. Instead, Idols SA hopefuls had to send in an audition video and some were invited to audition for Randall, Somizi and Unathi in person in Johannesburg at the Urban Brew studios.

The closing rounds came to an end on 1 August with 108 hopefuls moving onto the “theatre week” aka “hell week” stages.

Theatre week is one of the most difficult stages of Idols SA and the hopefuls were certainly put up to the test.

To determine the top 16 of the competition, the Idols SA hopefuls had to perform to a small group of journalists. The judgment was quite difficult because of the exceptional talent in the competition this year.

The first singer to make the top 16 was 18-year-old Bulelani. The young singer had done exceptionally well in theatre week already.

28-year-old Kevin impressed the judges with his rendition of Giveon’s Stuck On You. Unathi complimented him saying he set the bar high.

This was 21-year-old Karabo’s second time auditioning for Idols SA. This time around, she was determined to go further in the competition. After her performance of Ami Faku’s Lala Ngoxolo, she made the top 16.

ALSO READ: ‘I know my truth’: Somizi on the ‘Fake Gucci spotter’ [watch]

MORE HOPEFULS IN THE TOP 16

Other singers who made it into the top 16 include 30-year-olds Misty and Berry. Due to their age, this is their last chance at becoming South Africa’s next Idol.

The last two singers who made up the first half of the top 16 included Siya Motloung and Sia Mzizi. These two young singers had a rocky time during theatre week but the cherry on top for them was their final theatre week performances.