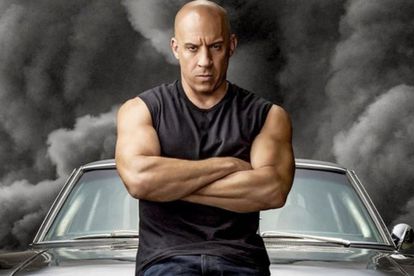 After the latest instalment of the Fast and Furious franchise hit local cinemas in June this year, there are already talks of time travel being introduced for the final instalments of the action movie franchise.

CLOSING OUT THE FRANCHISE WITH SPACE TRAVEL

The franchise used to have a focus on fast street-racing cars that got the petrol heads debating on whether a muscle car is faster than a skyline.

In F9, fans get to see space travel and the spin-off film Hobbs and Shaw featured some sci-fi elements as well – it’s not far fetched to think that space travel is on the cards for the final instalments of the franchise.

According to We Got This Covered article, a close source of the movie-focused news site revealed that Vin Diesel is considering another weird twist for Fast 10:

….we’re now hearing from our sources – the same ones who allowed us to reveal John Cena’s top secret role in F9 long before he was announced as Jakob Toretto – that Vin Diesel is reportedly considering time travel as the next insane step for a series that’s long since left any semblance of reality in the rear view mirror, says the article.

The article also mentions that in Fast 9, Diesel’s character in the film Dominic Toretto experienced visions that allowed him to get a new perspective on his past memories. Looks like it could go a step further in the next film.

PLANS FOR AN EPIC FINALE

In an interview with Digital Spy, Vin Diesel reflected on the success of the car culture franchise, the stars that have made cameos in the previous films and who he’d like to make an appearance on Fast 10.

Who else would I want? Personally, I would just love to have my mate Michael Caine be a part. He’s a part of Witch Hunter, grateful to have worked with him on The Last Witch Hunter. I think you have to wait until Fast 10 to see who’s coming, he tells Digital Spy.

In a separate interview with Regal, Diesel mentions that the franchise has given him a lot over the last 20 years.

“There’s so many blessings that have come from this franchise,” he says.

Diesel also mentioned that the franchise has given him everything and that filming for parts one and two of the final film with start in January 2022.