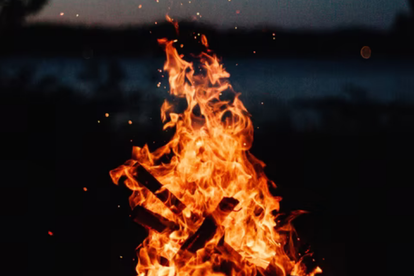 Chrissy set her dress alight for some closure. Image via Unsplash

Chrissy set her dress alight for some closure. Image via Unsplash

Over the years, more and more women are making the bizarre decision to celebrate the end of their relationships and marriages. Divorce parties are becoming an actual thing and one can say the same about setting wedding dresses alight. One woman decided to follow that path after her husband cheated on her.

41-year-old Chrissy Blake from Massachusetts in the US is one of the many women who decided to end their marriages by setting her wedding dress alight. According to Chrissy, her husband cheated on her after only three years of being married.

Instead of wallowing in self-pity and despair, Chrissy got some inspiration from social media and made the boldly bizarre decision to set her wedding dress alight as a way of gaining some much-needed closure.

Speaking to The Mirror, Chrissy said that her husband cheated on her six times – something that began before they had even said: “I do.”

And so Chrissy made an appointment with Emily Marie Photography who helped her “exorcise her marriage demons” while also having some fun taking some cheeky shots that showed the country-themed wedding dress going up in smoke while Chrissy stood by with a drink at hand.

In a few shots, Chrissy, who is fittingly wearing a black dress, holds up a sign that reads:

“I would wish you the best but you already had it!”

She then shares that the dress was pretty pricey but she couldn’t think of doing anything else with it.

“I thought it would give me closure and be a big f*** you. It looked so much fun,“ reports IOL.

“What else was I going to do with a wedding dress? I don’t believe in selling them once they’ve been worn, my daughter wasn’t going to want it.