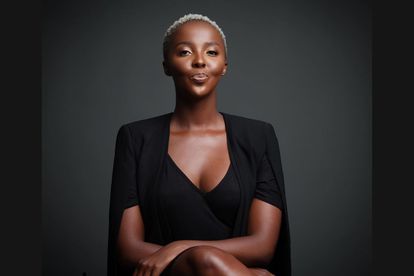 ‘How to Ruin Christmas’ director Rethabile Ramaphakela talks about filming during the riots. Image via Instagram @retini.

‘How to Ruin Christmas’ director Rethabile Ramaphakela talks about filming during the riots. Image via Instagram @retini.

In an exclusive interview with The South African, How to Ruin Christmas: The Funeral director Rethabile Ramaphakela opened up about filming the series during the looting and riots in KwaZulu-Natal in July.

‘HOW TO RUIN CHRISTMAS: THE FUNERAL’ SHOT AMID UNREST

In an exclusive interview with The South African How to Ruin Christmas: The Funeral director Rethabile Ramaphakela revealed that the second season was filmed during the unrest in KwaZulu-Natal. Rethabile and her brother Katleho Ramaphakela are the creators of the series.

KwaZulu-Natal (KZN) and Gauteng experienced a period of unrest in July. What started as riots for #FreeJacobZuma quickly turned into violence and criminal activity as protesters looted many businesses. KwaZulu-Natal experienced the unrest on the largest scale. Ramaphakela explained that when the riots got out of hand, half of the cast and crew had to be flown back to Gauteng while others were locked down at the hotel.

“We had the KZN riots happening. A lot was happening, it was a lot to deal with, especially from a producer’s perspective, and this season I directed two episodes with my brother. So to come on set and the whole world is exploding behind you and have to be like – so Rami (Chuene), in the scene Grace has to do A and B and we just said,” said Ramaphakele.

“We actually had to get the cast and crew out of KZN in and it was tough because we had trucks. And you know at that time trucks were being burned at some of the toll gates so it was really, really scary,” she continued.

Ramaphakele said that production had to be halted because it was not safe at the time.

“Unfortunately, some members had to stay behind and KZN while some of us actually flew back before it got really crazy. Apparently the driver dropped us off and the roads were closed after we left him,” she added.

At the time it was not safe to leave home and access to food, medical supplies and other essentials were limited.

“The crew  was confined to a hotel room, they did not go anywhere, and they couldn’t even get basic medical supplies and stuff. It was really really real, I think behind the scenes was like how to ruin a production. You could see the effects like when we went to see you then you can see the burned down buildings,” added  Ramaphakele.

THE BEAUTY OF KWAZULU-NATAL TO BE SHOWCASED

Although the coastal province was falling apart at the time, How to Ruin Christmas: The Funeral still captured the beauty of KZN. Ramaphakele revealed that they filmed in the township of Inanda.

“We went to Inanda. That excites me more… I don’t think Inanda has been shown in that way. The house you wouldn’t have thought of that house in the area and even to see the dam. When we went location scouting, I was like this is so beautiful. We shot at the Beverly Hills hotel as well, which is quite exciting and iconic for South Africa,” she said.

The series was also shot in,

ALSO READ: Netflix’s hilarious ‘How To Ruin Christmas: The Wedding’ looks at what SA has to offer