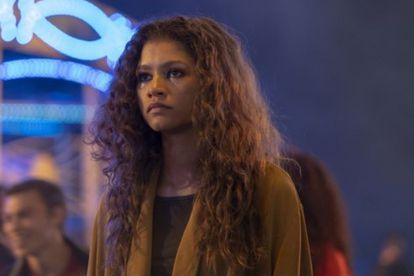 Emmy award-winning actress Zendaya in season one of ‘Euphoria’. Image via Twitter @EuphoriaHBONews

Emmy award-winning actress Zendaya in season one of ‘Euphoria’. Image via Twitter @EuphoriaHBONews

Sam Levinson’s Euphoria had the entire world on the edge of their seats. With Zendaya as the lead, the series was sure to draw in some attention. The production of season two was halted due to the COVID-19 pandemic in 2020 but resumed in March 2021.

The teaser for the second season has officially been released and fans can expect the first episode of the new season on 9 January 2022.

Season one of Euphoria proved to be quite the success. According to The Wrap, Euphoria is HBO’s second-most-tweeted-about series ever behind the fantasy drama Game of Thrones.

The publication also highlights that the season one finale of the popular series received its highest number of viewers with 1.2 million viewers tuning in.

Euphoria earned Zendaya her first Primetime Emmy Award for Outstanding Lead Actress in a Drama Series. She won the award at 24, making her the youngest person to win the award.

WHAT TO EXPECT IN SEASON TWO OF EUPHORIA

According to Variety, most of the season one cast will be returning to the second season of the popular series. Fans can expect to see Hunter Schafer, Barbie Ferreira, Angus Cloud, Jacob Elordi, Algee Smith and several others on the small screen.

Season two of Euphoria will navigate Rue (Zendaya) and Jules’ (Hunter Schafer)’s breakup that led Rue to a drug relapse.

“When you’re younger, everything feels so permanent. But as you get older, you begin to realise, nothing is and everyone you love can drift away,” says Rue in the trailer leaving the audience wondering what’ll happen next?

Season two of the hit series will premiere on 9 January 2022.

One tweep wrote: “I am not surviving Euphoria season two.”

Another wrote: “I will not be thinking about anything else besides season two of Euphoria for the next month.”

“The way Lexi and fez might be dating in season two of Euphoria.”