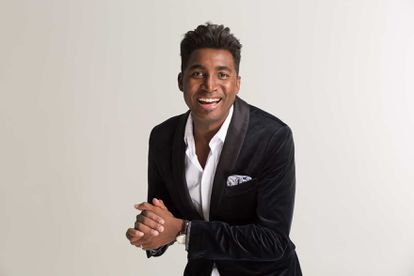 Emo Adams released the single Lean on Me, orginally recorded by Bill Withers, on 26 July to uplift citizens over the pandemic.

The South African singer and actor is known for hosting the SABC2 game show Noot vir Noot, starring in the SABC2 series Malan and Kie as well as his collaborative productions with Taliep Petersen and David Kramer.

He also hosts the television show Maak My Famous which scouts for talent and unearths some of the country’s greatest untrained talent.

Some of the “talents” who perform on or contribute to Lean on Me however are surprising as they range from fields as diverse as rugby to rap, comedy to cricket, books to hard rock and more.

The idea behind ‘Lean on Me’

Adams said the idea started when he went onto a production break from hosting Maak My Famous.

It was during that time American singer-songwriter Bill Withers  –  who had originally released the song Lean on Me in 1972  – died.

Withers’ death ignited something in Adams.

“The more I explored the melody the more I realised that this is a song I would like to redo with a South African connotation,” he said.

Adams reached out to Charlton Daniels, the musical director of Maak My Famous, to discuss the idea.

At the time, he had a list of 10 artists he planned to work with – little did he know it would later grow to 80!

Recording on WhatsApp in lockdown

For the song and music video, Adams planned on going beyond the norm in order to create a bigger impact.

“I got sports stars, influencers, radio DJs, writers, singers, dancers, actors and the list goes on, because I wanted to make sure that this song, or the message, is heard in every possible circle,” he said.

As there was limited to no access to a studio during lockdown, Adams said the artists sent 99% of the content, from audio to visuals, via WhatsApp.

“Between myself and the producer there was probably more than 100 voice notes and I think 64 versions of this song,” Adams said.

In addition, lockdown allowed them to equip other artists and talents to “become their own directors and audio engineers”.

Looking back on the writing process, he said rappers Shadow, Katlego Maboe and Early B had taken between 24 to 72 hours to conceptualise and write their individual verses.

“What made this amazing was the fact that no one knew what the other one was saying at any given time and somehow it all worked out really well!”

He said pharmaceutical company Cipla South Africa heard about his initiative and felt that it was in line with their ethos surrounding mental health awareness, especially during the COVID-19 pandemic.

“What I loved about it was that even if this song loses its ‘oomph’ on radio stations, it will still be relevant for mental health awareness,” added Adams.

‘Lean on Me’ has broad appeal

The song does not only speak to the current coronavirus pandemic and those who serve on the front line, but also questions: “What about the people in the communities?”

It tries to be inclusive and on the YouTube video of the song various South African actors use sign language in the video.

After acknowledging everyone who made the song possible free of charge, Adams spoke about its inclusivity.

“That is the whole point about the diversity of the song, different people take away what they need. That is when you know you’re writing something good.”