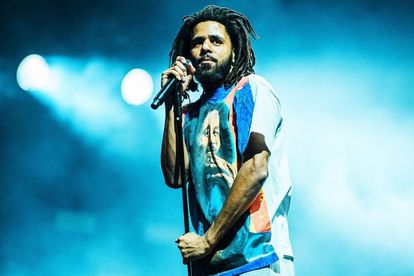 American rapper J Cole has had quite the year. Not only did his latest album, The Off-Season, hit No 1 on the Billboard 200 charts in May this year, but he also made his debut as a basketball player in the Basketball Africa League playing for the Rwandan Patriots.

The award-winning rapper surprised his fans with a new music video, Heaven’s EP, in which he raps over a Drake beat from Certified Lover Boy.

The 36-year-old rapper grew up in Fayetteville, North Carolina, and blasted onto the hip-hop scene in 2007 with his debut mixtape, The Come Up. J Cole’s single Lights Please caught the attention of hip-hop giant Jay-Z who signed J Cole to Roc Nation.

Since then, J Cole has released numerous projects but one standout project was his album 2014 Forest Hills Drive. The 13-track album has no features and earned him several awards, including the BET Hip-Hop Awards’ Album of the Year in 2015.

The rapper also founded his own record label, Dreamville Records, and it is the home to several artists, including R&B songstress Ari Lennox, EarthGang, Bas and Guapdad 4000.

The No Role Modelz rapper surprised everyone and dropped a music video, titled Heaven’s EP, on Tuesday 21 September. To everyone’s surprise, the beat J Cole raps on, is a beat from Drake’s new album, Certified Lover Boy. The beat is from the 10th track Pipe Down on the album.

In the song, he might have actually addressed his love for Drake but the line might’ve gone over some people’s heads.

He raps: “Some people think I’m running third behind Drake and Dot yeah them n*ggas is superstars to me.”

(K Dot is the name Kendrick Lamar went by before officially changing his name.)

The video is directed by Simon Chasalow and follows the rapper on a trip to Las Vegas.

Local hip-hop fans seem to have caught out Pretoria-based rapper A-Reece. Fans dug up one of A-Reece’s old tweets where he claims to have received a verse from J Cole in 2014.

In the tweet, A-Reece says the verse was for his Browniez EP which he released in 2014 but the 8-track EP has no sign of J Cole. Needless to say, fans were certainly not impressed.

“J Cole just emailed me his verse for a joint y’all gon’ get in that Brownie EP. It’s hella. But it’s safe to say I murked home boy.”