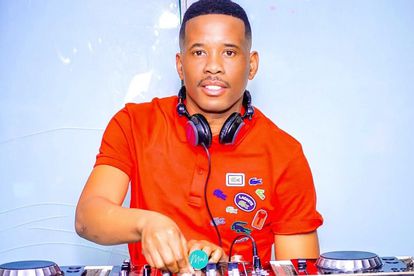 “Stokie is a game changer”.

“Stokie, you are the boss”.

The 24-minute documentary named after his 2020 song of the same name, uncovers Stokie’s journey and the role he played in amapiano’s rise from a township genre to a worldwide phenomenon.

WHO IS DJ STOKIE?

In the documentary, fans and residents of South Africa’s biggest township express their love for DJ Stokie with one fan saying that he is their “Superman”.

In the documentary’s introduction, Stokie explains that he was destined to be a DJ and playing deep house as amapiano was yet to be discovered.

Stokie’s wife and DJ friends also share some of their earliest memories, with the DJ going around townships for shows and getting paid as little as R40

Close friend DJ Stoks explained that he felt Stokie’s breakthrough in the industry was in 2000. Although amapiano was founded in the eastern townships of Johannesburg, DJ Stokie was the person who brought the sound to Soweto playing it in a number of clubs and bars in and around the township.

The Superman hitmaker would collect music from other amapiano pioneers, such as Kabza de Small and MFR Souls in the east of Johannesburg, and bring it to Soweto to play for clubgoers. The DJ also scored himself a set on Jozi FM where he played new music every week local radio station.

He learnt how to produce from Kabza de Small himself and began creating his own music.

Being the first to bring the sound to Soweto, weeks after one of his sets, other DJs around Soweto would pick up Stokie’s tunes and add them to their live sets, drawing more fans to the genre.

He mostly would play at well-known Soweto restaurant Moja Cafe. Restaurant manager Lesiba Tau explained that he is a DJ that can play at any time of the day and draw in a massive crowd.

“People see him as an inspiration because he is the root of the music.”

The documentary has just under 30 000 views and premiered on the 16 June. It also includes visuals from the iconic DJ’s music video Superman ,featuring Kabza de Small, Masterpiece YVK and Madumane.

iPiano eSoweto premiered on MTV Base (DSTV channel 322) on 16 June and is also available to watch on DJ Stokie’s YouTube channel.