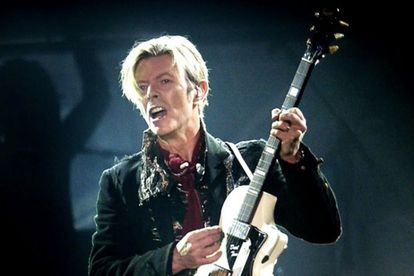 An experimental new David Bowie documentary featuring never-before-seen footage and the late music superstar’s own narration was previewed Tuesday at the CinemaCon convention in Las Vegas.

Moonage Daydream will premiere at next month’s glitzy Cannes film festival before hitting theatres in September. It is the first film to be approved by Bowie’s estate, which gave director Brett Morgen access to thousands of hours of archives.

“Bowie cannot be defined. He can be experienced,” said Morgen.

“We’ve crafted Moonage Daydream to be a unique cinematic theatrical experience – to offer audiences that which they can’t get from a book or an article.”

Neither biopic nor a traditional documentary, the film blends Bowie’s songs, concert clips, extensive fan footage and a series of surreal, trippy and abstract images to create a “sonic and visual extravaganza,” said producer Bill Gerber (A Star is Born.)

Morgen, who previously made The Kid Stays in the Picture, spent two years trawling through the Bowie vaults.

He was aided by Bowie’s longtime music producer Tony Visconti and the sound team behind the Oscar-winning Bohemian Rhapsody.

CinemaCon attendees were shown extended clips from the movie, including Bowie performing Hallo Spaceboy and Heroes.

“I think we took it on our shoulders that we were creating the 21st century in 1971,” Bowie is heard explaining, over the top of the footage.

“We wanted to just blast everything in the past. We questioned all the established values and all the taboos.”

“Everything was rubbish and all rubbish is wonderful.”

The film will be released in the United States by Neon, who also used their CinemaCon slot Tuesday to preview Crimes of the Future from David Cronenberg, who pioneered the “body horror” genre.

It included images of a woman slicing open a torso with her nails, and a man with extra ears grafted onto his head.

The film, from the director of Crash and The Fly, imagines a world in which humans are forced to speed up their evolution with grisly organ transplants and body modifications to survive their changing environment.

Cronenberg told AFP the film, which will also premiere at Cannes, was “a difficult film maybe, an extreme film, an unusual film.”

“Cannes film festival is the perfect place for that,” said Cronenberg.

“This is really a meditation on where the world is going, where the environment is going, how that affects the body. This is not a climate change movie, but it does address where we are now, and it’s interesting because I did write this script 20 years ago.”