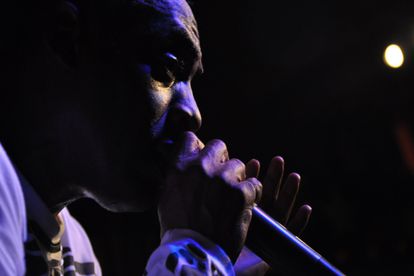 Rapper and producer Coolio passed away at the age of 59 on Wednesday 28 September. His iconic hit Gangsta’s Paradise has become a cultural phenomenon – a cross-over classic that has remained relevant for nearly three decades.

The Grammy-winning hit topped the US charts when it was released in 1995. It remains one of the bestselling singles of all time.

From its emotive music video to featuring on the hit film Dangerous Minds‘ soundtrack and Weird Al Yankovic’s parody to TikTok challenges, the song lives on.

Here are moments that have kept the song relevant throughout the years.

Although actress Michelle Pfeiffer was already a movie star in her own right, the movie Dangerous Minds catapulted her to superstardom.

Much of the movie’s success has been attributed to its soundtrack featuring Gangsta’s Paradise. Her appearance in the song’s official music video also introduced her to a younger audience.

In Pfeiffer’s touching tribute to Coolio on Thursday 29 September 2022, she credits him for the success of the movie.

“A life cut entirely too short. As some of you may know I was lucky enough to work with him on Dangerous Minds in 1995. He won a Grammy for his brilliant song on the soundtrack – which I think was the reason our film saw so much success. I remember him being nothing but gracious. 30 years later I still get chills when I hear the song,” she says in an Instagram post.

In 1996, Pfeiffer was nominated for two MTV Movie Awards for Best Female Performance and Most Desirable Female respectively. She was awarded Best Actress in a Drama at the 1996 Blockbuster Entertainment Awards.

Weird Al Yankovic used it to boost his career

The early 2000s was an interesting musical period in the advent of widespread internet use and the rise of parody musician Weird Al Yankovic.

The California-born artist can thank Coolio’s Gangsta’s Paradise for keeping him relevant with his most popular song to date, Amish Paradise. In the satirical song, Coolio’s original melody is transformed into a song mocking Amish people.

His cringe-inducing music video for the song boasts 126 million views on YouTube.

Weird Al has tweeted a photo of himself posing with Coolio following the musician’s death simply captioned “RIP Coolio”.

A symbol of fearlessness and everything that’s “cool”, creators have featured the song in countless memes. It also played a huge role in the short-lived era of the American short-form video hosting service Vine.

For similar reasons, it remains a widely used sound on TikTok challenges and is referenced in memes to signify a feeling of power or adulation.