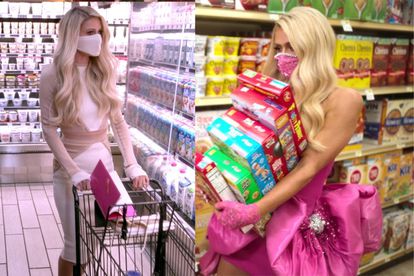 US entertainer Paris Hilton is taking her glam to the kitchen with her new Netflix show, Cooking with Paris. Hilton’s amateur cooking skills weren’t appreciated by various overseas media outlets who weren’t impressed with the overall effort of the show.

THE IDEA BEHIND ‘COOKING WITH PARIS’

The six-part Netflix series sees Hilton invite her famous friends to cook random dinners with her.

“Any b*tch can cook!” says Hilton in the trailer.

On Netflix, the show is described as feel-good content — most likely with the intention for the viewer to watch it mindlessly and probably not take it as seriously as you would take a cooking show veteran like Nigella Lawson.

This show is also a follow-up from Hilton’s YouTube documentary The Real Story of Paris Hilton where she teaches her viewers how to make a lasagna.

BRUTAL REVIEWS FOR ‘COOKING WITH PARIS’

The reviews for Paris’s cooking show are nothing short of brutal. From Variety to The Hollywood Reporter, the show didn’t receive any love from these leading publications, who criticise more than Paris’s lack of cooking skills.

“The show feels awkward, stagnant — like a teen who’s outgrown their childish antics but cannot quite bring themselves to embrace the inevitability of adulthood. Its forced frivolity backfires, and instead of fun, the enterprise is inescapably melancholic,” states the Hollywood Reporter’s review that also points out the lack of charm the show has compared to Hilton’s previous efforts.

Variety called Hilton’s persona tiresome and criticised her ignorance on the show.

“The problem, for Hilton, is that Cooking With Paris is a disaster — an utterly unappealing sit that many viewers will tune out before the first episode has ended. I have no reason to disbelieve Hilton that when she is on-camera, exhibiting an incuriosity that’s breathtaking in its extremity, she’s putting on a performance,” says the Variety review which questions Hilton’s placement in modern-day pop culture as a whole.

Time magazine gave a less harsh review of the show and points out some comedic moments in it and how Hilton knows how to execute the naive blonde role. They point out that Paris doesn’t have to change her persona and be serious because it won’t benefit her greatly and end off the review by pointing out the subpar effort of the show:

“What might have been a perfect comforting, low-stakes bedtime show under less complicated circumstances often ends up feeling, instead, like a waking nightmare.”