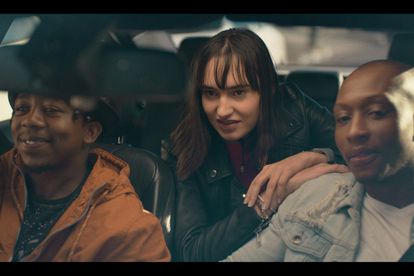 With this star-studded cast, a French director and a plot that focuses on socio-political issues which deeply affect South Africans, Collision certainly delivers a nail-biting package.

WHAT IS ‘COLLISION’ ABOUT?

“From the nightclubs to the boardrooms of Johannesburg, corruption and racism drive the lives of several residents together – with deadly consequences,” reads Netflix’s summary of the film.

Viewers are first introduced to Johan Greser (played by Langley Kirkwood), and his wife Diane (Tessa Jubber) who live in the leafy suburbs of Johannesburg with their teenage daughter Nicole (Zoey Sneedon).

THE IMPORTANCE OF ADDRESSING RACISM AND XENOPHOBIA

The film sheds light on two extremely important issues South Africa faces: Racism and xenophobia. Other issues explored in the film are human trafficking and drugs.

Johan Greser, who is vying for the position of CEO at his security company, is not pleased when his boss (who happens to be his sister) appoints a black woman in the position instead of him.

Johan appears to be “stuck in the past” with his “racist assumptions” as Langley Kirkwood previously told The South African. He is forced to re-evaluate his belief systems when his daughter Nicole is kidnapped by Bra Sol and the only thing standing in the way of his daughter’s safety, is Nicole’s boyfriend Cecil and his best friend, Thando.

Palesa’s father, an elderly shop owner, feels certain opportunities are not being awarded to him. He feels that foreign nationals, specifically Adze, receive those opportunities instead of South Africans. What Palesa’s father doesn’t see coming is that his daughter is in love with Adze. Will this drive them apart?

Collision is impactful in narrative and features exceptional acting and when it comes to quality viewing, it’s right on par with some of Netflix’s other top South African productions, such as Blood & Water and Savage Beauty. Collision has so many twists and turns and the viewer never sees them coming…

Local cinematographer Ofentse Mwase, who has won several awards as a director and cinematographer, takes Collision to new heights with his phenomenal camera skills.

Collision is certainly worth the watch if you like high-octane action films exploring social topics with a touch of drama.