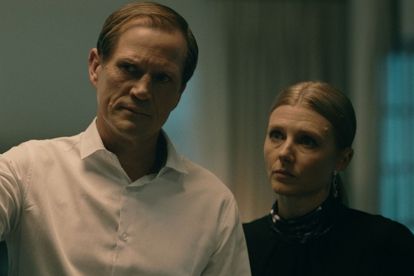 In an exclusive interview with The SouthAfrican, Langley Kirkwood and Tessa Jubber chat about their roles in Netflix’s upcoming blockbuster, ‘Collision’. Image: Supplied

In an exclusive interview with The SouthAfrican, Langley Kirkwood and Tessa Jubber chat about their roles in Netflix’s upcoming blockbuster, ‘Collision’. Image: Supplied

Directed by award-winning French director Fabien Martorell, Collision follows a man who races against time to save his family but comes across some life-threatening obstacles on the way.

In an exclusive interview with The SouthAfrican, Langley Kirkwood (who plays Johan) and Tessa Jubber (who plays Diane) speak about the importance of their characters, shooting the film and some of the film’s themes.

Collision’ is a high-intensity film and both of you have key roles. What was significant about playing Johan (Langley) and Diana (Tessa)?

“I still wanted the audience to empathise with this guy and say: ‘Shame, poor guy. Here is a man who is just trying to do right by his family and by his daughter and by his wife and ultimately someone who had made some really bad choices because he got lost along the way due perhaps to his belief systems and his conditioning.’”

But also because, here is someone who lives in a society that is so sick, it is prioritising all the wrong things in terms of what the role of a father should be.”

“I wanted the audience to empathise with him trying to find redemption in owning the wrong choices that he’d made, trying [to] rectify them.”

Tessa: “The significance of the role of Diane is the idea that even someone as obsessed with image, doing the right thing and society as she is, drops all in a moment when her family is on the line”.

“She’s in the middle of a fundraising event, having made the house immaculate and prepared a lot of things. But when it comes down to it, she goes on this family-saving escapade.”

The film is so much more than just a crime thriller. It also explores issues of racism, xenophobia, human trafficking, drugs etc. Do you feel there is a need for these to be touched on in local films?

Tessa: “I think story-telling has been used to address social issues for as long as time. I mean from fireside tales to [the] ancient greek theatre, the issues of society were dealt with and people thought about them through this medium.”

“I don’t think film is a unique thing in that way, but I think human beings need storytelling. And yes, there is a demand for content these days, so it makes sense that film and television series more and more are being used to deal with social issues.”

Langley: “What’s great about Collision is that it is an African story, a South African story and yet there is enough there for it to appeal to an international audience. I think that’s one of the things certainly that I’m most proud of in this film.”

“This is purely local in terms of cast and crew. It was made possible with Netflix’s support. We were led by award-winning director Fabien Martorell. Other than those two elements, this was purely a South African project and it holds up on any stage, any screen, any festival anywhere in the world.”

“I think the cinematography is outstanding, again it was Ofentse [Mwase]. He is an incredibly driven cinematographer. The camera department drove themselves, pushed themselves every single day on a very tight schedule with a limited budget to be incredibly resourceful and creative.”

“We’re very proud of the end product and I think the audiences around the world will enjoy it and see a side to South Africa that they haven’t seen before. We don’t pull out punches in the film, we don’t shy away from hard subjects.”

“For a South African audience… yes it’s a riveting entertaining ride, but it’s also perhaps a good hard look in the mirror at parts of ourselves that we can work on, shift and change.”

Langley, there is a recurring theme about your character Johan being “stuck in the past” in terms of his daughter dating a black man, as well as the CFO promotion. What were the challenges of portraying your character?

“It’s about finding the shadow and the gold in all characters and we can certainly see the obvious flaws in Johan. The questions are, is there any validity to his racist assumptions?”

“Honestly, I could say there is room for debate around these subjects, certainly. Not necessarily a few that I would share, but I certainly know people who think this way and they’re not bad people. They are people who have been conditioned a certain way, who have been brought up with certain belief systems.”

“I think that [what] is universal about this film, is that we have these different characters from such different parts of the socio-political structures of South Africa who present in a way that you can empathise with all of them in spite of their flaws, not because of them.”

“That’s one of the elements of Collision that will appeal to audiences and I think audiences around the world are becoming more conscious and wanting to investigate and watch films that will not just entertain them mindlessly like another Marvel blockbuster with all the bells and whistles.”

“This is a film made the good old-fashioned way, with traditional filmmaking methods that are told well. That is produced well and presents thought-provoking cinema.”

ALSO READ: ‘Collision’, ‘Halftime’ and more: What to expect on Netflix this June

What is the message you want to send with ‘Collision’?

Tessa: “For me, the main takeaway is that violence is not the answer.”

Langley: “My hope with this film is that global audiences will sit up and take note of African stories, African narratives that African filmmaking has a place within world cinema.

This will, in turn, encourage people like Netflix, other streaming services, to follow Netflix’s lead and invest in African and South African storytelling and I do believe that this is just the beginning of something amazing.”