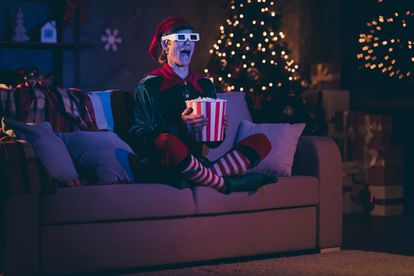 Before the new normal, Christmas was spent with friends and family. However, many might find themselves alone this year, cut off from loved ones with only characters in an episode on TV for company.

So, let’s a look back at Christmases past and enjoy some of the best memories from your favourite TV families instead. With the way television shows are structured, holiday episodes typically mark a break as shows go on hiatus.

As a result, the Christmas episodes are often memorable either in and of themselves or as important plot points in the show. If you need an excuse to watch a few more episodes of your favourite shows, this list is for you.

Friends Christmas episode: The One With The Holiday Armadillo

Friends is a classic, with the Christmas and Thanksgiving episodes being some of the most memorable in the franchise. If you’re looking for the funniest episode of them all, look no further than the Holiday Armadillo.

In season seven, Ross wants to teach his son Ben about Hanukkah, a Jewish holiday. Struggling to find a Santa Claus costume, he dresses up as an Armadillo instead to teach Ben about both Christmas and Hanukkah.

He also meets Superman (Joey) and Santa Claus (Chandler) along the way, ensuing for loads of confusion and laughter.

Yippie Kayak is without a doubt one of my personal favourites from Brooklyn Nine-Nine. Fans of the show will know that Jake Peralta is a die-hard Die Hard fan (see what I did there?)

Yippie Kayak is derived from Bruce Willis’ line in Die Hard: “Yippie-ki-yay, mother****”, but of course, as Chares is the one delivering the line, he gets it horribly wrong. The scene plays out during a heist in a shopping mall.

Jake forgets to buy a gift for Charles and needs to find something last minute. However, he and Gina are stuck in the middle of a burglary at the mall while Peralta lives out his dream of being his hero: John McClane from Die Hard.

The O.C.: The Best Chrismukkah Ever

Another favourite, The Best Chrismukkah Ever episode is probably one of the best episodes from the entire show. The “Chrismukkah” festival created by Seth Cohen is a mix of the Christian and Jewish holidays.

It’s the 13th episode of the first season when Ryan is officially introduced to the bi-religious holiday of “Chrismukkah” by Seth. The latter has set this up for his parents to ensure cohesion over the festive season.

“So what’s it gonna be, huh? Your menorah or your candy cane? Hmm? Christmas or Hanukkah? Ah! Don’t worry about it buddy, because in this house, you don’t have to choose. Let me introduce you to a little something I’d like to call… Chrismukkah.”

If you miss Seinfeld, head over to Christmas episode The Strike in season nine. Although let’s refrain from calling it Christmas. It’s the “Festivus for the rest of us”, according to Frank Costanza (Jerry Stiller).

George, Elaine, and Jerry attend Tim Whatley’s Hanukkah party, where Elaine meets a man she dubs “Denim Vest” and gives him a fake phone number after asking her out.

It’s later at the coffee shop when Frank wishes George a “Happy Festivus” and explains how the tradition started.

No list would be complete with The Big Bang Theory. Enter The Santa Simulation from season six. Leonard, Sheldon, Raj and Howard get ready for a game Dungeons & Dragons while banning Amy, Bernie and Penny from participating.

Dungeon master Leonard informs Sheldon that their Dungeons & Dragons characters have to save Santa Claus from hungry ogres. Needless to say, Sheldon is not happy. Queue the laughs.

In addition to sharing Sheldon’s hilarious thoughts about the Christian holiday, the episode also features a themed role-playing game with Penny, Amy and Bernie.

How I Met Your Mother: Symphony of Illumination

We simply couldn’t let the Symphony of Illumination from How I Met Your Mother’s seventh season off this list either. Robin takes over from Ted as the narrator of his episode, telling her supposed children of their birth.

It’s an emotional episode as we learn a secret about Robin. Let’s not spoil it if you haven’t seen it yet, but just know that Ted couldn’t let the night end with Robin being upset, so he prepares a special surprise.

Also read: Enjoy a virtual Christmas with your favourite people across the globe