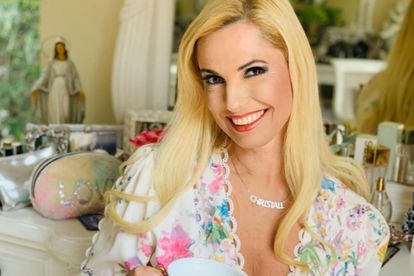 Tweeps are calling for Christall Kay’s return to ‘Real Housewives of Johannesburg’. Image via Instagram @christallkay

Tweeps are calling for Christall Kay’s return to ‘Real Housewives of Johannesburg’. Image via Instagram @christallkay

Businesswoman Christall Kay was a favourite in the first and second seasons of Real Housewives of Johannesburg (RHOJ). The reality star revealed that she had not been approached for the third season of the hit series which left Mzansi disappointed. Some are hoping to see Christall back on RHOJ in the third season saying she “understood” reality television.

In an interview with City Press about RHOJ, Christall revealed that she did not know anything about the new season. The reality star was stunned to learn that new cast members had been approached.

“I don’t know anything about the new season. I only attended two-production meetings with different productions houses about my role in it last year. I wasn’t aware that they were busy with the new season.”

Brinette Seopela and Gugu Khati will also not be a part of the upcoming season.

After news broke that Christall Kay would not be returning to RHOJ, Mzansi Tweeps were left shocked and focused. Many tweeps insisted that Christall should return to the show.

One tweep wrote: “There is no Real Housewives of JHB without Christall Kay.”

Another wrote: “Christall Kay is literally the best housewife in the country.”

The show is set to make a bold return to television in October 2022.