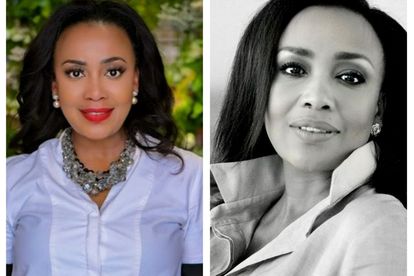 Carol Bouwer is living her life as normally as she can. Images via Instagram: @bouwercarol

Carol Bouwer is living her life as normally as she can. Images via Instagram: @bouwercarol

Former Generations actress Carol Bouwer co-hosted an event that she called Gucci Gala on 21 November and this is amid the Hawks investigation zoning in on her.

According to The Citizen, the theme for the event was art and opulence and was hosted to present the “When We See Us: A Century of Black Figuration in Painting” exhibition.

“According to the Ziets Mocca social media account, the exhibition includes nearly 200 artworks from around the world that reimagine, position, memorialise and assert African and African-descent experiences,” – as per the publication.

The 45-year-old took to her Instagram to share her love for the arts and supporting artists alike.

“Supporting the arts is an act of self-healing… now more than ever, art from our continent has been celebrated and acknowledged as neither second nor alternative to others… It is boldly a representation of who we are as a people and cannot be celebrated in isolation to the splendour of this continent,” she said.

Carol also said, “I love art and I love artists… hearing about their process, their motivations and all that informs what the collector finally takes home. In joining my sisters @madamekoyo and @gugumbatharaw as co-chair of the @zeitzmocaa @gucci gala I am declaring boldly that Cape Town is a home for all art lovers and this weekend it is our honour to welcome you all”.

The businesswoman is currently belong investigated by the Hawks for her alleged involvement in fraud relating to a R40 million tender that she was awarded in 2013.

Bouwer allegedly received a lucrative deal through her company Carol Bouwer Productions where she was the main contractor.

She was then allegedly paid R39.8 million within seven days to help organise the Nelson Mandela memorial service in Mpumalanga.

Bouwer has not remained mum on the claims and it seems she is not letting the investigation stop her from living her life.

RIP: Tinny Nkgudi assaulted with panga to death by husband