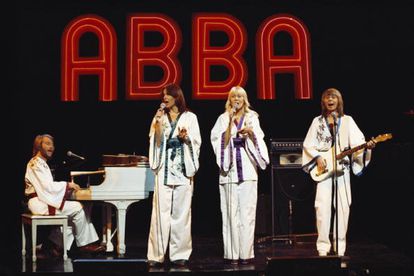 After Swedish superstars, Abba announced the release of a new album after nearly 40 years, new reports suggest that the group will include Cape Town as part of their comeback virtual tour.

According to IOL, the band announced that cities that will be included in the launch of their virtual tour are Berlin, Cape Town, London, New York, Reykjavik, Rio, Stockholm and Tokyo. Sydney in Australia was also among the eight cities across the globe that would feature in their virtual album release.

It is said that the album will be released in full in November and will be accompanied by a virtual world tour beginning in Britain next year. To mark the announcement, the iconic Sydney Harbour Bridge was illuminated on Thursday night, showing the avatars of the four band members.

Minister for Jobs, Investment, Tourism and Western Sydney for the state of New South Wales, Stuart Ayres said on Friday the display was a fitting recognition of a band as timeless as Abba.

“Vision of the Sydney Harbour Bridge will be beamed around the world to a massive audience, reminding our friends overseas to keep Sydney and NSW top-of-mind as a must-visit destination for when international borders re-open,” he said.

Abba’s return to Sydney marks a return after over four decades. In 1977 the band performed in Sydney in their Australian tour, band members said ever since the city has held a special place in their hearts.

“We couldn’t be more thrilled for Sydney to be part of our global album launch. Sydney has always been a special city to us and we have wonderful memories of the time we spent performing in Australia,” said Abba.

Abba announced a musical comeback with a new album and a London show featuring their performances captured by digital avatars. The new album will feature songs I Still Have Faith in You and Don’t Shut Me Down.

The band notched up over 400 million album sales over 50 years despite parting ways in 1982 and resolutely resisting all offers to work together again — until now.

“We have made a new album with Abba!” the band’s Bjorn Ulvaeus and Benny Andersson announced via a video presentation in London, delivering the news fans have waited decades for.

The pop maestros had a string of hits in the 1970s and early 1980s after winning Eurovision in 1974 with Waterloo.

But on Thursday, Ulvaeus and Andersson put an end to the suspense, following hints that something was in the pipeline.

An end to the suspense

After the video announcement, both men appeared in person, dressed in black, for a presentation of the forthcoming album.

“The album is in the can now, it’s done,” said Andersson, describing the group’s return to the studio, against the spectacular backdrop of the view from the top of London’s ArcelorMittal Orbit tower.

The pair looked relaxed and described their reunion as very friendly.

“No imagination could dream up that: to release a new album after 40 years and still be the best of friends”, said Ulvaeus. “It’s the most fun thing you can do: to write songs,” he added.

The musicians described the process of being transformed into digital avatars using hologram technology for a new show set to launch in London next year.

They described how they were photographed in leotards to create the avatars for the show called ‘Abba Voyage’ which will play at a theatre being built close to the presentation venue in east London’s Queen Elizabeth Olympic Park.

“We looked ridiculous,” said Andersson. He said the show will feature the group as “digital characters” in 1979 when they were “in their prime”. They will look “perfectly real”, he said.

The show is “technically immensely complicated, the screen, the sound, all the lights”, he added.

It will feature 22 songs, mostly the group’s classic hits, and last 90 minutes, the musicians said, with tickets going on sale later this month.