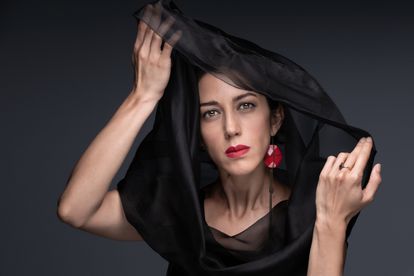 Iran’s next revolution will be brought on by women taking back the freedoms denied to them in the Islamic republic, said Zar Amir Ebrahimi, the winner of this year’s Best Actress award at Cannes.

Amir Ebrahimi took the prize for her role in “Holy Spider” as a journalist in Iran who investigates a serial killer murdering prostitutes, and who has to contend with a deeply misogynistic society placing many obstacles in her way.

But in contrast to the movie’s hopelessly grim take on attitudes towards women in Iran — which became an Islamic republic after the 1979 revolution that overthrew the Shah — Amir Ebrahimi said she was now detecting signs that women were finally fighting back.

“If there ever is another revolution in Iran, it will be a revolution by women,”

she said in an interview with AFP.

“Women are fighting to keep the few rights they have in this society. They are rolling up their sleeves and they dress differently. They go out and sing, and form clandestine dance groups. There has been so much pressure on us, we’re ready to explode. That’s why I have hope. Change has to happen,”

Young women were even daring to defy the decades-old law that makes loose clothing and a headscarf compulsory for women in public, she said.

“We never dared take off the headscarf in the street,” said the 41-year-old actress, “but the young generation, they do.”

Directed by Danish-Iranian Ali Abbasi, “Holy Spider” is inspired by the true story of a working-class man who killed prostitutes in the early 2000s and became known as the “Spider Killer”.

Abbasi was denied permission to film in Iran and it was ultimately shot in Jordan.

Amir Ebrahimi said she herself has first-hand experience of unequal treatment of women in Iran.

She became a star in her early twenties for her supporting role in one of the country’s longest-running soap operas, “Nargess”, but saw her life and career fall apart when a sex tape featuring her and her boyfriend was leaked online in 2006.

Amir Ebrahimi initially denied being on the tape, acknowledging only years later that it had been really her.

Her boyfriend had nothing to do with the leak, she told AFP.

“We were very much in love,”

she said, blaming instead “a mutual friend with access to our computer” for releasing the footage.

Intimate recordings of celebrities are “big business” in Iran, she said, estimating that the tape featuring her raked in some $3 million on the black market.

The high-profile case was taken on personally by Tehran’s chief prosecutor, and the leak’s author put on trial and punished.

But far from getting the public support she hoped for, Amir Ebrahimi herself was shunned by her acting colleagues who felt she had  “endangered Iranian cinema”, and found public opinion to be firmly on the side of the man who had leaked the tape.

“It was like in the film, where the killer becomes a hero,” she said. “This shows a sick society, a society that is not accustomed to recognising women.”

She added: “That is exactly what the government always wants, that everybody becomes everybody else’s enemy.”

But Amir Ebrahimi said she holds no resentment towards Iranian society.

“Even though it destroyed me, I understand that we are all victims of tradition and of a religious society.”

Amir Ebrahimi left Iran during the scandal, “traumatised”, and now lives in Paris.

“It’s not easy to start from scratch when you’ve already known success,” she said. “You arrive somewhere and you don’t even speak the language. I took the metro and couldn’t understand a word.”

Finding acting work was not easy in her newly-adopted country where film professionals usually wanted to type-cast her.

“They see me as a refugee, of course. Or an immigrant, of course. It’s rare that I get other offers,”

This is likely to change after her global success a month ago at Cannes, the world’s biggest film festival.

“The prize changes everything. I now get so many messages I can’t answer them all,” she smiled. “I’m happy.”