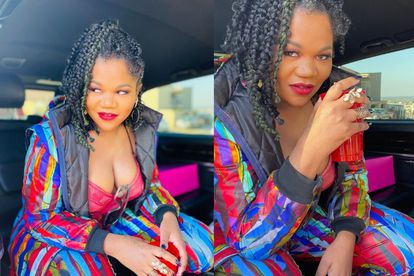 Busiswa responded to the fan-made parody on Twitter and the video shows two young women dancing and having fun with their version of the song.

Busiswa and Naira Marley’s Coming was released in June this year and the R-rated number will either have you dancing or gasping at the raunchy lyrics.

This time around, the song had Busiswa laughing as a short video posted by Twitter user NaijaPr, showing two young women doing their own interpretation of the song and covering as much of the vocals as they can.

“Naira Marley and Busiswa have 24 hours to respond,” NaijaPr captioned the video.

Busiswa reacted to the video by tweeting:

Send this to me please, I must laugh once a day, she said.

Busiswa also reacted to how the song was received in a nightclub in Nigeria and the bizarre dance inspired by ‘Coming’.