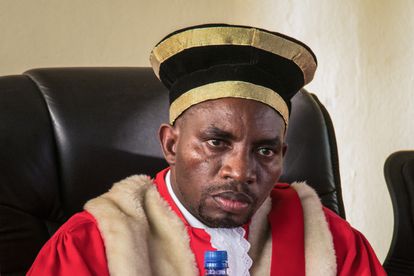 Burundian rapper Olegue Baraka has been imprisoned for flouting “good morals” following the release of a promotional video showing him dressed as a Catholic prelate, a judicial source and a relative told AFP on Wednesday.

the judicial source told AFP on condition of anonymity.

His imprisonment in the Bujumbura jail was confirmed by a relative, who denounced the musician’s “arbitrary arrest and detention”.

The 20-year-old — a rising star on Burundi’s music scene — was arrested a  after broadcasting a video to promote a concert scheduled for April 17.

The video showed the rapper dressed up as a prelate in the company of a young woman wearing a nun’s costume and shaking her backside.

As he patted her buttocks and urged the public to attend the concert in large numbers, he declared: “I have brought you nuns from Rome and there will be plenty of blessings.”

The judicial source said the singer was “mainly blamed for attacking the Catholic Church, which has been on the rise in Burundi since President Evariste Ndayishimiye is a devout Catholic.”

ALSO READ: Testing cuts could cause a Covid-19 data draught

“One must also not forget that the release of this video coincided with the return of President Ndayishimiye from an official visit to the Vatican… Some saw a link there,”

He travelled to the Vatican late last month and met Pope Francis.

According to the judicial source and a relative, the singer was almost released twice but each time, “orders that came from above opposed it”.

Burundi’s code of criminal procedure states that a fine of 50 000 to 100 000 Burundian francs ($25 to $50) can be imposed in connection with the charges against the young rapper, who is known for tackling taboo themes in the religious country.

In 2019, he spent a week in police custody for “serious violation of good morals” over a clip which spoke about the use of drugs and prostitution in colleges and high schools in Burundi.

He had to publicly apologise to Burundians.