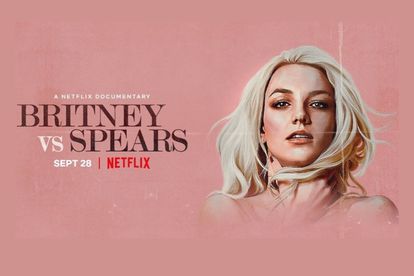 Netflix released the official trailer for the upcoming documentary Britney vs Spears on Wednesday 22 September which focuses on the singer’s conservatorship battle against her father, Jamie Spears.

Britney vs Spears releases on the streaming platform on 28 September.

Directed by American filmmaker Erin Lee Carr, Britney vs Spears explores the conservatorship battle the singer has been in against her father Jamie Spears for the last 13 years.

The trailer opens with Britney Spears’s recorded voice saying, “I just want my life back” and shows Carr speaking to experts and inside sources about the arrangements of the controversial conservatorship battle which has been under the public eye in recent months.

One of the inside sources also revealed that the Toxic hitmaker had a fear of her family barging in and taking everything.

“I’ve worked all my life. I don’t owe these people anything,” the recording continues.

The trailer also drops a bombshell: An inside source leaked a confidential report to the director which she seems to unpack in the documentary.

“The world knows Britney Spears: performer, artist, icon. But in the last few years, her name has been publicly tied to another, more mysterious term: conservatorship. Britney vs Spears tells the explosive story of Britney’s life and her public and private search for freedom,” reads the documentary’s synopsis.

Jamie Spears is reportedly asking for R28.8 million as a “quid pro quo” to back out of the conservatorship. A quid pro quo is an advantage granted in return for something. The singer’s lawyer Mathew Rosengart filed paperwork with Jamie Spears quid pro quo claim.

“Britney Spears will not be bullied or extorted by her father. Nor does Mr. Spears have the right to try to hold his daughter hostage by setting the terms of his removal,” said Rosengart in a statement.

He went on to say that there is no need for the conservatorship battle to go until the hearing set to take place on 29 September and called for him to remove himself earlier.

“The world heard Ms. Spears’s courageous and compelling testimony. Britney Spears’s life matters. Her well-being matters. Every day matters. There is no basis to wait,” read the statement.