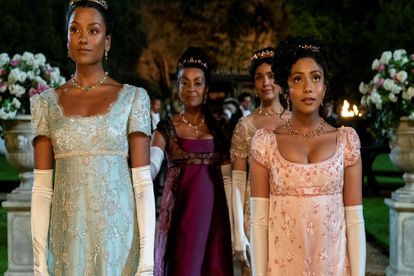 The second season of Bridgerton, which was released on Netflix on 25 March,is the talk of the ton from the “slow burner” of a romance to the South Asian representation. Here is a look at how South Asian people were well represented in season two of the series.

The second season of Bridgerton featured a South Asian family, the Sharma’s. Two South Asian women – Charithra Chandran, who played Edwina and Simone Ashley, who played Kate starred in lead roles which was an accomplishment of its own.

The Sharma sisters make their way to London to find a match for Edwina. Kate is dedicated to finding her sister the perfect match, but things get rather complicated between Edwina’s husband-to-be and Kate.

The ladies stray away from the stereotypes of South Asian characters in mainstream media. This is because South Asian people are often depicted as doctors, IT nerds and more, but the ladies were each strong in their personality and accepted for who they are.

“We are representing a minority of women in particular seen on television screens and I think it’s wonderful that more South Asian women can identify themselves within these characters,” said Simone at a press conference.

HOW CULTURE WAS ADAPTED INTO THE STORYLINE

The series creator – Chris van Dusen and producer – Shonda Rhimes did not shy away from incorporating South Asian culture into the storyline.

The night before Edwina’s wedding, her mom and sister are seen performing the Haldi ceremony on her. This is a pre-wedding ceremony in India. It is also notable that the ladies wear South Asian jewellery and Kate gifts Edwina wedding bangles before she walks down the aisle.

Also, an orchestral version of the popular “Kabhi Khushi Kabhie Gham,” was played in the film. The song is from one of the most popular Bollywood films released back in 2001.

“That movie and that song is a Bollywood staple. Everyone’s raised with it. As soon as the song came on, I was like, hold on, and then rewind it and immediately pause to text Chris, being like: ‘This literally brought tears to my eyes,” said Charithra at a press conference.

ALSO READ: ‘Bridgerton’: Series creator on why there are less sex scenes in season two