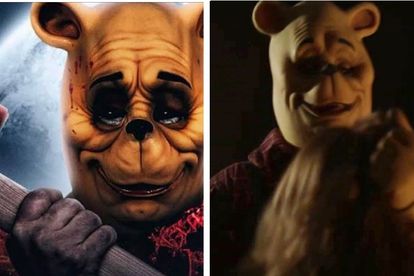 ‘Oh bother’ just got a whole new meaning with the ‘Winnie the Pooh: Blood and Honey’ horror film which turned the yellow bear into a killer. Images via Twitter @IGN

‘Oh bother’ just got a whole new meaning with the ‘Winnie the Pooh: Blood and Honey’ horror film which turned the yellow bear into a killer. Images via Twitter @IGN

Winnie The Pooh is on a killing spree hunting a group of teens in the terrifying horror movie Blood And Honey.

The children’s favourite has been given a horror makeover, set to “ruin your childhood memories”, and fans are not exactly crazy about the trailer which was released on Wednesday 31 August.

OUR BELOVED POOH BEAR IS NOW A KILLER

When it was first announced back in May, Winnie the Pooh: Blood and Honey was shrugged off by fans as no one imagined AA Milne’s plump, yellow, honey-loving character as a killer.

According to the New York Post, the horror movie starts as most Winnie The Pooh stories start. A young boy named Christopher Robin wonders into the 100 Acre Wood and befriends some animals such as a bear named Pooh, tiger named Tigger, pig named Piglet and a donkey named Eeyore.

However, things go haywire when the animals are abandoned by Christopher as they start going “wild”. This is when various terrifying scenes unfold showing teens being hunted, Pooh whacking someone with a sledgehammer and a girl covered in blood.

“We used to be friends, why are you doing this? I never would have left you — I swear!” Christopher cries while running for his life in one scene.

WATCH THE FULL TRAILER BELOW:

The film, which will be released later this year, will have a lot of unfamiliar aspects to it due to copyright issues.

Besides Pooh morphing into a death machine, fans of the Disney films and TV series will notice that there are a lot of changes in the horror version. Although author A.A. Milne’s characters and stories entered the public domain five months ago, Disney still owns the famous Winnie the Pooh song written by the Sherman Brothers.

After the trailer was released, fans weighed in with some saying they think this Winnie The Pooh horror film is “stupid”.