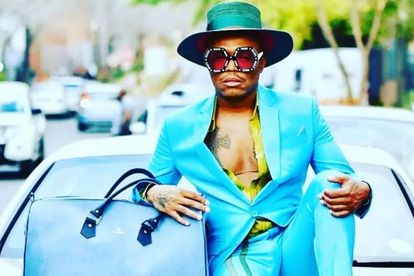 Following media personality Somizi Mhlongo’s “time off”, Mzansi Magic has provided viewers with an update on the judging panel for the rest Idols SA season 17 as the show progresses into the live shows stages, via a statement today (27 August).

SOMIZI’S ‘TIME OFF’ FROM ‘IDOLS SA’

Following the abuse allegations made against Somizi Mhlongo by his estranged husband, Mohale Motaung, the media personality took some “time-off” from his judging role on Idols SA, as well as his radio gig on Metro FM.

‘IDOLS SA’ WILL HAVE GUEST JUDGES

While Somizi appeared in the pre-recorded episodes of Idols SA until 22 August, the channel stated that each week a new judge will join the show as the competition is now in its live show stages.

The season already began with a new guest judge every week from DJ Prince Kaybee to singer Ringo Madlingozi. It seems that will continue to be the plan instead of officially replacing the beloved Somizi Mhlongo. The channel says viewers can expect an “exciting line-up of celebrities” which will be announced on the official Mzansi Magic social media pages each week.

“Idols SA fans should brace themselves for an exciting line-up of celebrities, who are set to add some pizzazz when they join Unathi Nkayi and Randall Abrahams as guest judges every week,” read the statement.

“As the competition now advances to the live auditions with the top 16 contestants left to sing it out for the coveted grand prize, The guest judges will be chosen from the infinite pool of Mzansi’s entertainment industry – who are trailblazers in their respective crafts. The guest judges are going to be announced weekly via the Mzansi Magic social media platforms,” continued the statement.

“Their new voices are certainly going to add a new flavour to the feedback given to the Idols SA season 17 hopefuls,” the statement ended.

While Kelly Khumalo still seems to be a fan favourite for Somizi Mhlongo’s official spot, a source told Sunday World that she will be one of the guest judges.

“Khumalo will definitely be one of the guests. She is already an M-Net talent and is doing well for the channel,” said a source to Sunday World.