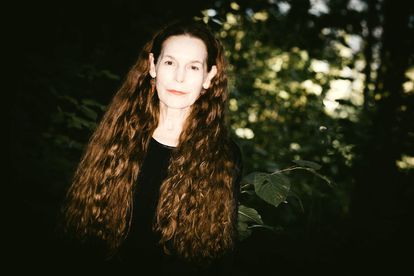 The Upington-born actress Alice Krige was in London last week for the prestigious London Film Festival to talk about the psychological horror She Will, her latest film about a woman who has had a complete mastectomy.

Krige hasn’t had breast cancer herself but one of her best friends in Johannesburg had it and told her that victims of the cancer have to “rise like a phoenix from the ashes”.

“She told me not to let breast cancer define you,” Krige says.

“I hope I’ve given that message in the film. It’s not a subject many people have made films about.”

Alice Krige role in ‘She Will’

In She Will, Krige plays a fading yet charismatic actress recovering from a mastectomy who taps into a mysterious power at a remote Scottish retreat. Her co-stars are Malcolm McDowell and Rupert Everett and Kota Eberhardt, who plays her nurse.

She Will is the award-winning Krige’s 46th film, and there are dozens of television roles she’s also been in and, of course, the stage.

Her first film, in 1976, when she was still at Rhodes University, was Vergeet My Nie and then she struck gold in Chariots of Fire, the 1981 British Oscar winner. She might be famous for being Borg Queen in Star Trek but she’s a truly international actress

Krige and husband Paul Schoolman, a writer and film director whom she met on the set of Chariots of Fire, lived in Los Angeles until 2007 when those terrible fires swept through their neighbourhood burning down 73 houses, including theirs.

“It was an area of middle-class professionals who had never lacked for anything. Our house burnt down like everybody else’s. We were left with absolutely nothing,” she recalls. “

We even lost our two staffies but thankfully our third dog, a schipperke, survived.”

But their luck was in. An old friend in England put them up and when he died, he left them his house in a village in south-west England, where they currently live — or call home as they live an itinerant life being in the acting world.

Krige is easy to talk to. A pale and elegant 67, she has long glossy wavy brown hair down to her waist and a big smile.

Her father, a doctor, was born in Worcester, the son of the town’s mayor, and her mother, a psychologist,  was born in northern Rhodesia. The bilingual family moved around South Africa a bit and her brothers, both in medicine, still live there.

“I spend a lot of time on WhatsApp, so grateful to it as they and their families are in PE and Cape Town. I can’t wait to go back and see them. Ek is net ‘n meisie van die Noord Kaap af!” She laughs.

Her parents had hoped she’d become a psychologist but she points out that acting is more or less the same subject.

“It’s all about human interaction. My father wanted me to have a safe career and become an academic, but my mother supported me and I hit the rocky road of acting. It challenged me and who was to know where it would take me?”

Her most telling problem has always been her name, Krige. Nobody but South Africans and Scottish people can do the “g” of Krige (generally it’s pronounced Kreeguh) properly, she laughs.

She could have changed her name to Fox (her cousin is actress Greta Fox) but she didn’t.

“Everyone’s had a go at my name; even the French. They decided it should be Kreegé (accent acute on the last ‘e’).” (Generally it’s pronounced Kreeguh.)