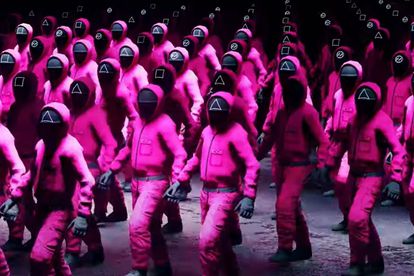 Zedd’s ‘Squid Game’ and ‘Do it to it’ remix is going viral. Image: Zedd/YouTube

Zedd’s ‘Squid Game’ and ‘Do it to it’ remix is going viral. Image: Zedd/YouTube

Fans of the German DJ, record producer, and songwriter, Zedd cannot get enough of his latest remix. The DJ remixed Netflix’s now-viral Squid Game song with Acraze’s Do it to it and 23 by Pink Soldiers which quickly became an online sensation after he played the song at the Electric Daisy Carnival in Las Vegas.

Zedd’s Squid Game and Do it to it remix

According to EDM, the Grammy-winning Clarity producer dropped the unexpected mashup, blending the now-iconic theme song from Netflix’s runaway hit show with Acraze’s breakout house anthem during his Sunday night (31 October) performance on the cosmicMeadow stage.

“The distinct, ominous keys from the theme of the record-breaking show were brilliantly mixed with Acraze’s hit single, which DJ Snake deemed ‘the song of the summer’ earlier this year,” writes Nick Yopko.

“The best one I’ve heard and of course it’s from Zedd! Always on point!” many YouTube users exclaimed of the video down below:

Squid Game‘s theme song viral on TikTok and other social media platforms as many become fascinated with the show’s premise which revolves around contestants who have a financially challenging past, all looking to test their skills and their strength in the hopes of winning a large sum of money. Others simply used the song as a backdrop to show how South Africans would react to a similar game in the country.

Remixes of Squid Game‘s theme song has been all the rage ever since the show became the streaming giant’s number most viewed show ever. This includes a take from Cape Town’s favourite musician, The Kiffness.

Some are of the opinion that if his remix played during the Korean drama, the show would have ended early as “everyone would have been shot for dancing and not being able to stop”.