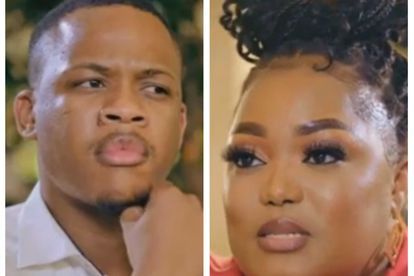 Lungelo had to relieve the trauma of losing his mom. Images via Facebook/screenshot

Lungelo had to relieve the trauma of losing his mom. Images via Facebook/screenshot

Mseleku’s third wife Thobile “MaKhumalo” Mseleku took the opportunity to meet up with Mseleku’s step-son Lungelo and tell him of the relationship she had with his mother because consequently, MaKhumalo was the last person to see her alive.

Lungelo detailed to MaKhumalo of the story he was given when his mother Sindi “MaSaule” Mseleku passed on tragically in an accident.

He said he was not aware that his mother had passed on that day, he thought someone else had passed on. This was until he walked into a gold casket wrapped in a casket that he put two and two together and realised what was going on.

Lungelo then told MaKhumalo that he has never had any problem with her, the only person he has something against is his step-father, Mseleku who he fondly calls Bhokoloshe. He says after his mother’s passing, Mseleku never reached out until now.

“…we’ve never spoken. The day that he actually reaches out is the day where I’ll say ‘wow, the guy is genuine’…I am still waiting on that call from him…When it will come, I don’t know. I have been waiting for it ever since to be honest with you,” Lungelo said.

He then told MaKhumalo to thank him for the way he treated his mother and that he left him very confused.

Tweeps wasted no time putting the polygamist on blast for never continuing to play a father figure in Lungelo’s life after his mother passed on.

@zimkhitha4 said, “What Musa did to Lungelo is just wrong, I will never understand why the other gender stop being a parent when the other one is gone or no loner in the picture whether biological or not”.

@UbuhleAngela said, “Why didn’t Mseleku call Lungelo atleast if the wives didn’t want him to raise the child..”

@ayola_ said, “This Lungelo is kak hot. Isotry sakhe sijulile I wish this was not aired. These ones are hypocrites”.