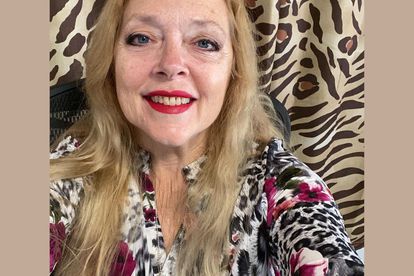 Netflix’s Tiger King 2 released on Wednesday 17 November and dropped the big bombshell that Carole Baskin’s husband may still be alive and well in Costa Rica.

Season two of the Netflix hit Tiger King digs deeper into the alleged death of Carole Baskin’s first husband Don Lewis. Don disappeared in 1997 and he was declared dead in 2002. After watching the first season of the docuseries many were convinced Carole killed her husband and fed him to the tigers.

Season two gives viewers an update on the lives of the big cat enthusiasts and presents more theories and suspicions. One of the wildest theories explored in the docuseries is that Don is still alive.

Carole and Don had a tumultuous marriage. The interviews presented in Tiger King 2 suggest that Don purposely disappeared to escape Carole and angry business associates as he was allegedly doing illegal business. While some are still convinced Carole killed her first husband, others believe he is still alive and living in Costa Rica. He was a frequent visitor of Costa Rica where he allegedly shuffled money into properties there.

The docuseries revealed he had an estimated net worth of $20 million (R314 million).

ALSO READ: Carole Baskin bites back with lawsuit at Netflix over ‘Tiger King 2’

INFORMATION SUPPORTING THE THEORY THAT DON LEWIS IS ALIVE

Don’s attorney Joseph Fritz claimed that after Tiger King was released in 2020, the detective handling Don’s case contacted him. Fritz stated that he angered the detective which led to the detective informing him that the federal government has documents from the department of Homeland Security stating that someone learnt “Don is currently alive and well in Costa Rica.”

From the interviews conducted on Tiger King 2 the theory that Don is still alive is more speculative than factual at the moment. Many allegations were also made about Don in the docuseries such as him liking Costa Rica because girls are allegedly sold.

“Once I start seeing all these characters showing up and asking ‘where is he?’… I’m like ‘what is going on here?’ But you see Don, he lived two lives. Business during the day, fun time during the night,” said Rey Rodriguez, his “guide.”

“I would have nothing to do with fun time. Not me,” he continued

“Don was attracted to Costa Rica because it was a paradise where little girls are sold. People needed money badly and they do all the time. The Rohrmoser house became like a brothel. Don’s favourite girl was Corina. I believe she was 15,” he added.

ALEX MORA: ‘HE PAID THEM WELL’

“Of all the clients I had Don Lewis was the most important. He always needed a beautiful women next to him. He was a charmer, he treated people nicely, he had money. What more could a woman want?” said Mora.

“I would bring girls to the house for him. If he liked one she would spend the night there. He paid them well. But he liked them young and beautiful,” he continued.