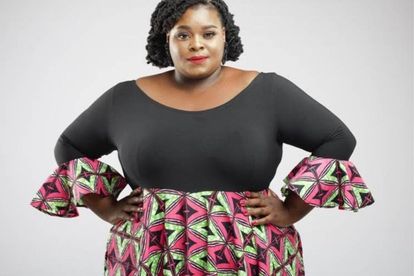 Viewers of Our Perfect Wedding are not impressed with actress and TV personality Lebogang ’The Funny Chef’ Tlokana’s presenting skills and are requesting the show to let her go and to bring back actress-presenter Nomsa Buthelezi.

Tlokana was announced as host of the Mzansi Magic popular TV show back in February for its 12th season.

‘THE FUNNY CHEF’ GETS TROLLED

Media personality and comedienne Lebogang Tlokana – who is popularly known as The Funny Chef is being trolled for her presenting skills in Mzansi Magic’s wedding TV show – Our Perfect Wedding.

Viewers have also compared Tlokana to The Queen actress Nomsa Buthelezi who presented the previous season.

Fans of The Funny Chef have also admitted that Tlokana isn’t suitable for the wedding programme as she’s dull and doesn’t connect with the engaged couples on the show.

While some revealed that she’s rude and shuts down engaged couples who don’t speak the same language as hers.

Our Perfect Wedding has become popular with South Africans over the years for accepting invites from engaged couples across the country.

The couples are interviewed by the TV hosts and tick off all the items on their wish lists and declare at the end of the show that they had their perfect wedding.

“I defended The Funny Chef last time when people said she was boring!”

“I felt it was unfair since it was a Zulu wedding n thought language had a play in that!”

“But today I see what they meant haay! She is not lively maaan!! Her voice is too mellow!”

“#OurPerfectWedding personally, I love Lebo the funny Chef, mara I don’t enjoy this show when she’s presenting. Uyabora, some things aren’t meant to be but anyway.”

“#OurPerfectWedding please speak about The Funny Chefs presenting skills, not the language. I agree that something is short. Also, she doesn’t connect with the couples, but woooh with the language!”

“I have a problem with her… She’s cold and has nothing to do with language… Rude as well laughing at people… No energy hay.”