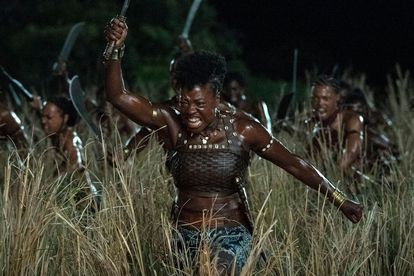 Miss Universe 2019, Zozibini Tunzi, will be making her acting debut and successful composer Lebo M will be composing music for the film.

According to Deadline, The Woman King is inspired by a true story. The film is based on events that took place in the Kingdom of Dahomey, a West African kingdom, in the 18th and 19th centuries.

Viola Davis will play Nanisca, the general of an all-female military. Thuso Mbedu will play Nawi, an ambitious recruit.

Taking to Twitter on Tuesday 1 February, Viola Davis shared the first-look images of The Woman King. In her tweet, the star actress said she was “deeply honoured and excited to bring this incredible story to life.”

“Get ready for The Woman King,” she wrote.

South African composer Lebo M will compose five songs or The Woman King. He told SowetanLive in 2021 that the songs have been crafted with “precision and due consideration of the immense and historical significance that the movie brings.”

“It also represents the prowess of local talent,” he added.

“Being part of this unrivaled ensemble cast is an honour and a privilege, allowing us to produce music that will not only elevate the rising phenoms in the movie but also affirms our culture and traditions through the telling of this story.”