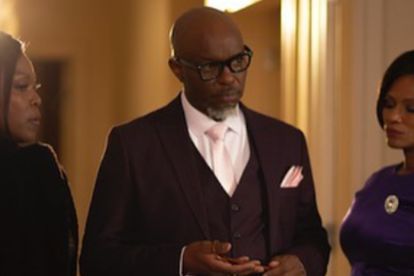 Ndaba, who’s been playing the popular role of Brutus Ndaba for seven seasons tells Daily Sun that his new role is different and that fans shouldn’t hope to see his The Queen role in the new faith-based series.

“If they say they’re following this show because they want to see Brutus, they will not see him. If The Queen fans want to see a totally different person, they should watch. They will see a mega church, the people in it, and more. Each person in society will see themselves in this story, we guarantee that. “

The popular actor Themba Ndaba reveals in his interview with Daily Sun that his character Pastor Simon Zikode is in trouble with the law.

Ndaba adds that he worked hard to bring his new character to life and that the challenge was trying to make his new role believable so people must forget about his previous character.

Unlike Brutus, Pastor Zikode is loving, has a wife, children, and a family, and is in the dirt.