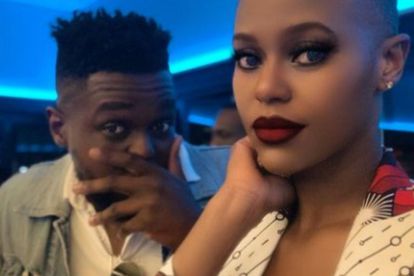 She says her brother is a great cook and that there’s never a dull moment when they’re together.

The Queen actress Sibu Jili – who is related to the evicted housemate, Mvelo says she’s sad that her brother exited the reality show #BBMzansi (Big Brother Mzansi) so quickly.

“But it’s the nature of the game. I know my brother.”

“I feel he was already tired of being in the house. But I’m sure he didn’t want to leave so soon.”

The actress joined the Mzansi Magic show in 2020 to play daughter to Sis Pat and Mjekejeke and a detective in the telenovela.

Her brother was the fun and energetic housemate who entertained viewers of the popular reality show for three weeks before being evicted this past Sunday.

Jili told Drum Magazine that her brother Mvelo is sensitive, empathetic towards others, and is someone who loves to laugh.

“He also likes to challenge and push himself, which is why he went to the house in the first place.”

“Making it this far counts for something and being selected to be in the house is a big deal and a step for him.”

“I hope he learned something, and he will grow. This industry is tough and he still has enough time to learn.”

ALSO READ: ‘I will pursue my ancestral calling’: Dinky Bliss on life after #BBMzansi

MVELO NTULI ON HIS #BBMZANSI EVICTION

The 28-year-old former #BBMzansi housemate Mvelo Ntuli told host Lawrence Maleka that he won’t miss anyone when he was asked who he’d miss in the house.

Ntuli is also a marketing graduate from Johannesburg and Pietermaritzburg.

Catch highlights on Mzansi Magic (DStv channel 161) on Tuesdays to Fridays at 22h30.

ALSO READ: Phil Mphela calls out ‘The Queen’ for repeating scenes for weeks on end

Ian Foster praises All Blacks spirit after romping past Ireland

Stuart Broad concedes most EXPENSIVE over in Test history! [watch]

Former Kaizer Chiefs FLOP to get SECOND chance at PSL side?