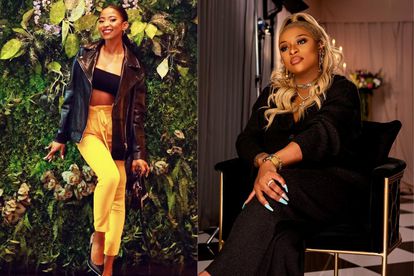 DJ Zinhle is set to open up about Nelli Tembe’s death in her reality series. Images via Instagram @akaworldwide @djzinhle.

DJ Zinhle is set to open up about Nelli Tembe’s death in her reality series. Images via Instagram @akaworldwide @djzinhle.

South African DJ and entrepreneur Ntombezinhle Jiyane, popularly known as DJ Zinhle is set to dive into how she felt about being dragged into Nelli Tembe’s death in the first episode of her reality series DJ Zinhle: Unexpected.

According to The Citizen, DJ Zinhle is set to open up about how she felt being dragged into Nelli Tembe’s death in the first episode of her reality series. Nelli Tembe is the late fiancée of the DJ’s ex-boyfriend, AKA.

Nelli Tembe plunged to her death from the 10th floor of the Pepperclub Hotel in Cape Town on 11 April. The businesswoman is notoriously private and known for minding her own business. However, she constantly got dragged into Nelli Tembe’s death because she is the mother of his child, Kairo Forbes.

This was teased in the trailer of the series when Umlilo hitmaker is seen sitting on the couch confiding in her friend, Nomuzi ‘Moozlie’ Mabena.

ALSO READ: ‘Blessed with another girl’: DJ Zinhle has reportedly given birth

Back in April, DJ Zinhle trended on Twitter after her picture popped up on a slideshow at Nelli Tembe’s memorial service. This was a slideshow said to have been made by AKA as a tribute to his late fiancée.

In AKA’s tell-all interview with eNCA journalist Thembekile Mrototo, he mentioned that Zinhle was flown into Cape Town as part of the probe into Tembe’s death. This followed the shock footage of AKA breaking down a door to get to a traumatised Tembe which sparked speculation of abuse.

“Detectives flying up from Cape Town to interview Zinhle, why? What is the direction of this inquest?,” asked AKA.

In July, Sunday World reported that Nelli Tembe’s phone had been wiped clean. A source claimed that Tembe had made derogatory comments about the businesswoman a day before her death.