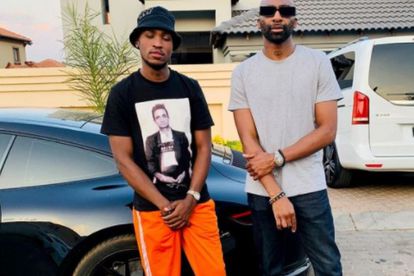 Vyno joined the reality show at the beginning of February and only learned yesterday of his passing.

ALSO READ:#BBMzansi Review: Why Venus cheated on B.U. with Themba

Musician Vyno Miller who was friends with the late Riky Rick has just learned of his death.

Riky Rick committed suicide and passed away in the early hours of 23 February and will be laid to rest this week.

While Mzansi had a chance to mourn his passing secluded housemates such as Vyno Miller were unaware of his death.

Vyno who has just learned of his death told Drum Magazine that he’s struggling to process the news.

“It’s still shockingly new to me,” he says in a calm tone.

“It’s very sensitive. I don’t know how people have been grieving outside of the house, but I am not okay,” he tells Drum.

He adds that Riky was not just a friend but more like a brother to him.

Miller also says the icon meant a lot to him as he was his advisor and encouraged him with his career.

ALSO READ:#BBMzansi 2022: Yoli, Vyno and Norman got evicted from the house

#BBMZANSI VIEWERS REACT TO HIS EVICTION

“Vyno’s eviction has nothing to do with Riky Rick’s untimely passing.”

“Dude was overconfident, thought his celebrity friends will keep him in the game for a longer period.”

“Never looked hungry for that R2 Million. Was full of himself & thought he was the ish #BBMzansi”

“It’s y’all thinking that they evicted Vyno because they want him to know about Riky for me.”

“I knew his fans weren’t okay but I didn’t think that they would take it that far.”

There are currently 11 housemates left in the house who still stand a chance of winning the R2 million cash prize.

Catch the Sunday eviction shows on Mzansi Magic at 6 pm or on channel 198.