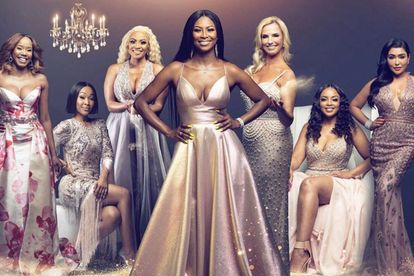 The Real Housewives of Johannesburg (RHOJ) are back! But not quite… as all of the season two cast has been axed.

After it was reported that there would not be a third season as it was halted in 2021 — due to an alleged altercation between Christall Kay, Brinette Seopela and DJ Tira’s wife, Gugu Khathi — entertainment commentator Phil Mphela revealed on Thursday, 10 November, that the show will be back with major changes.

In a tweet, through his entertainment news blog The Entertainment Alert (TEA), Phil revealed that RHOJ has an all-new cast.

“Real housewives of Jozi returns. The Real Housewives of Johannesburg is currently in production and it is out with the season two cast and in with the new faces for season three.

“Our sources inform us that actress Nicole Watson has joined the cast, also coming into the show is entrepreneur, Thobekile Mdlalose; businesswoman, Keabetswe Marema and YouTuber Mamuskoka [sp].

“Obvs [obvioulsy], we are sad to see our face from last season not return but what to do think of our ladies,” The Entertainment Alert reported.

WHAT HAPPENED TO THE OLD CAST?

In January this year, it was revealed that Brinette Seopela and Gugu Khathi will not be a part of season three of RHOJ.

At the time, Christall Kay told City Press that she doesn’t know anything about the new season highlighting that she was shocked that new cast members had been approached.

The publication also reported that businesswomen Natalie Hlahla and Terisa Hsu-Lee — who appeared on Madam and Mercy — would be on RHOJ season three. In addition, Malusi Gigaba’s ex-wife Norma Mngoma had also been considered for the new season, however, she declined the offer.

In August, another cast member was fored, accordng to Sunday World who reported that Tarina Patel was axed after she invited Christall Kay to an event behind the producers’ back