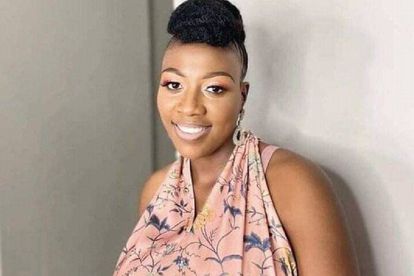 ‘Mnakwethu’ wife MaShelembe needs assistance as she says she is living in poverty. Image via Twitter @joy_zelda

‘Mnakwethu’ wife MaShelembe needs assistance as she says she is living in poverty. Image via Twitter @joy_zelda

Makhosazana “MaShelembe” Shelembe, who stole the hearts of Mzansi in 2021 on the first season of Mnakwethu, is appealing to anyone who can help her out of her current financial state.

According to the Daily Sun, the reality TV contestant is back to selling alcohol but business is not booming.

Mnakwethu viewers were introduced to MaShelembe in 2021 through her estranged husband Bheki Langa who introduced Hlengiwe Sithole as his second wife. In the reality TV show, polygamist and traditionalist Musa Mseleku helps men who are aspiring polygamists to break the news to their current wives by introducing potential wife number two.

While every story is heartbreaking because every woman on the show feels betrayed by her husband or fiance, MaShelembe’s was worse because she was seven months pregnant and Langa had already paid lobola for MaSithole who was also pregnant.

ALSO READ: ‘Mnakwethu’s’ MaShelembe has broken up with Bheki Langa

After watching a heartbroken MaShelembe deal with the shock of her husband’s infidelity, good samaritans offered to help her and in the end, she had two provincial baby showers hosted in her honour. In addition, several donations were made.

However, she has told the Daily Sun that she is living in poverty.

“I’m actually starving and I have no other income except from this business. In 2021, I had two baby showers, which I really appreciate.

In September 2021, when viewers showered her with love and support, MaShelembe says that she was adviced not to accept some of the help.

“At the time, I was instructed to ignore all calls. Businesspeople who wanted to assist me were blocked but now I can see I was misled. I’m back in poverty and no one is willing to help me because rejected their help.”

Two months later, Isolezwe reported that MaShelembe’s lawyers, Rajaram Mvulane Attorneys, were demanding that one of her baby shower organisers, Nomfundo Mathonsi pay her a total of R20 940 from the donations, which she claimed were to organised the event.

“Hundreds of people donated money to me but I never received a cent. I was referred to lawyers to assist me but I’ve never heard from them,” she was quoted as saying.

She also revealed that her Facebook account has been hacked and the person behind it is using it to extort people in her name.

“Someone is using it to ask for money from people. I want to warn people that I am no longer on Facebook,” she said.