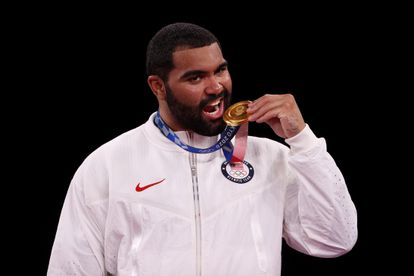 In the first deal of its kind for WWE, Steveson will appear on the sports entertainment company’s programming while continuing to compete in collegiate wrestling.

WWE have made use of a change to the NIL rule which aims to keep promising athletes in college by allowing them to sign marketing deals that would previously have seen them lose their amateur status if they took part in advertising, profit from sales of merchandise, or engage in paid promotional appearances, or receive other outside benefits.

Steveson will join the WWE roster but it remains unclear how often he will appear in-ring during the early days of the deal. He will defend his NCAA heavyweight title for the University of Minnesota.

WWE are eager to leverage Steveson’s following, while lining up a future star for a long career in sports entertainment.

Olympic heroes, its true, its true

Steveson joins a long line of WWE superstars with an Olympic pedigree, such as fellow wrestler Kurt Angle and former powerlifter Mark Henry. More recently Chad Gable (Chas Betts) competed at the games in Greco-Roman wrestling, but failed to medal.

WWE has always had an eye for the crossover and the sports entertainment industry is a popular career avenue for former collegiate athletes.

For Steveson this means he can further his legacy as an amateur athlete, while his material needs are bankrolled by the media titans.