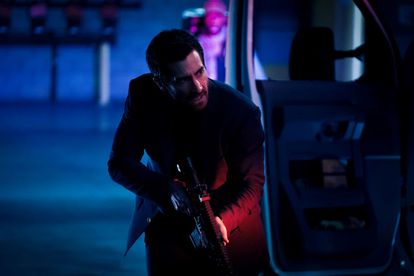 “After initially being shut down by COVID-19 regulations since 2020 and then our temporary closure to allow for extensive renovations as part of the Boardwalk’s overall redevelopment, we are now very excited to relaunch our cinemas in Gqeberha – featuring the latest in Nu Metro cinema design, enhanced convenience, VIP luxury and the hottest new movies from around the world shown with the best in Big Screen and Dolby Digital audio technology.”

Some of the movies re-opening the five screens at Nu Metro Boardwalk on Thursday, include:

The brand new release on Friday 25 March will be the action-packed thriller from director-producer Michael Bay, Ambulance.

More about the action-thriller ‘Ambulance’

A charismatic career criminal, Danny instead offers him a score: The biggest bank heist in Los Angeles history.

With his wife’s survival on the line, Will can’t say no. But when their getaway goes spectacularly wrong, the desperate brothers hijack an ambulance with a wounded cop clinging to life and ace EMT Cam Thompson (Eiza González: Fast & Furious Presents: Hobbs & Shaw, Baby Driver) onboard.

Will and Danny must evade a massive, city-wide law enforcement response, keep their hostages alive, and somehow try not to kill each other, all while executing the most insane escape LA has ever seen.

Moviegoers can order their meals and drinks to be served in the VIP lounge or delivered at the time of their convenience in-cinema while relaxing in the comfort of the signature VIP seats.  The licensed VIP bar will be introduced at the cinema complex in the near future.

“Boardwalk Mall is delighted to see Nu Metro return to the fold, it is back and it is better. Their exceptional movie entertainment offering adds the finishing touch to all the great tenants we look forward to welcoming,” said recently appointed general manager of Boardwalk Mall Solomzi Nqwni.

The public can book movie tickets for Nu Metro Boardwalk online at numetro.co.za or call 0861 246 362.

Members of Nu Metro’s loyalty reward partners – Absa Rewards, Momentum Multiply, Nedbank and Sanlam Reality – receive up to 60% off movie ticket and snack prices every day of the year.