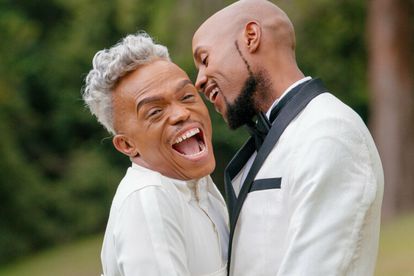 Showmax will release Somizi & ‘Mohale: End of the Road’, an unauthorised documentary, on 24 August. Image: Supplied

Showmax will release Somizi & ‘Mohale: End of the Road’, an unauthorised documentary, on 24 August. Image: Supplied

We’ve had Somizi & Mohale: The Union, Mohale: On the Record and now, Showmax is gearing up for the release of Somizi & Mohale: End of the Road. The streaming giant released the trailer for the upcoming unauthorised documentary on Tuesday 10 August. The documentary is set to be released on 25 August.

(An unauthorised documentary refers to a project done without the subject’s permission).

‘SOMIZI & MOHALE: END OF THE ROAD’

In 2020, Somizi Mhlongo and Mohale Motaung set the Showmax record for the most first-day views with their wedding special, Somizi & Mohale: The Union. At the time, it felt like a historic moment but now, Somizi and Mohale have gone their separate ways after a short marriage.

This comes after Mohale told his side of the story in Mohale: On The Record, a tell-all special that aired on 4 August.

Somizi & Mohale: End of the Road is directed by SAFTA-nominated director Teddy Geldart, who has worked on Living the Dream With Somizi and Mohale: On the Record.

The documentary will feature footage of the couple in happier times and interviews with several celebrities and media personalities. Somizi & Mohale: End of the Road will have interviews with actress Letoya Makhene-Pulomo, author Jackie Phamotse and Podcast and Chill co-host, Sol Phenduka.

WATCH THE ‘SOMIZI & MOHALE: END OF THE ROAD’ TRAILER HERE

ALSO READ: ‘I didn’t think about him’: Mohale opens up about cheating on Somizi

In Mohale Motaung’s explosive tell-all, Mohale: On the Record, the influencer dished out several details about his marriage to Somizi,

The 27-year-old claimed that Somizi had sabotaged a job opportunity with actress Connie Ferguson and her late husband Shona.

“Somizi spoke to TT Mbha and asked him to tell people not to hire me. I discovered I was missing out on gigs and I was very hurt that my husband and his best friend cooked up a story to make sure that I don’t get that gig with the Fergusons.”