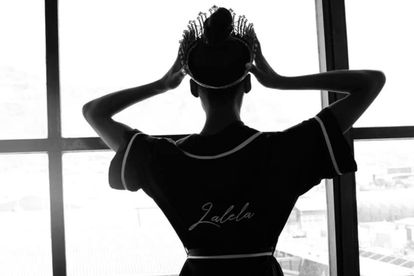 The Miss South African Organisation has officially responded to a growing call to boycott this year’s Miss Universe pageant in Israel in December.

Organisers of the local beauty pageant have been put under pressure to withdraw from the international competition in the conflicted country, which has been likened to an “apartheid state”.

MISS SA: ‘NOT GETTING INVOLVED IN WAR OF WORDS’

Earlier this week, Mandla Mandela called on South Africa and the rest of the African continent to withdraw their representatives at the Miss Universe pageant.

In a lengthy statement, the grandson of former president Nelson Mandela, claimed the move would help “isolate” the country from the rest of the world.

He wrote on Instagram: “Israel is an apartheid state and persists in its heinous occupation and expansion of its illegal settlements in violation of international law.

“We call on all African countries to withdraw from the Miss Universe pageant in apartheid Israel in protest at its observer status granted unilaterally by the AU Commissioner”.

ALSO READ: ‘Equal footing’: Miss SA organisers on why there isn’t a 2nd or 3rd place

A representative told Channel24 in response to the call to action: “The Miss South Africa organisation is not getting involved in a political war of words and has no further comment to make.”

Despite Miss SA organisers taking a firm stance not to pull the plug on their Miss Universe participation, winner Lalela Mswane has been placed in the hot seat by the public and social media users.

The law graduate, who took the crown last weekend, has faced increased pressure to make a decision on whether she will represent South Africa in December in Israel.

“This is Lalela’s first opportunity to define her politics and show the world and country what she stands for,” one tweep wrote of the new Miss SA’s position.

Another begged the former ballerina not to participate: “Please don’t embarrass us and participate in Miss Universe in Israel”.

And the third compared Lalela to former Miss SA Vanessa Carreira, who was also faced with the monumental task of representing the country in Nigeria in 2002’s Miss Universe pageant.

The tweep posted: “The truest test of Lalela’s reign will be if she will go to apartheid Israel for Miss Universe. Vanessa Carreira was the only Miss South Africa with a backbone & stood up for human rights using her platform”