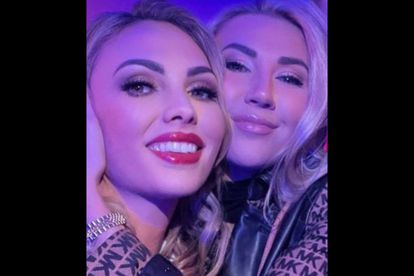 Twitter users are weighing in on Melany “Mel” Viljoen reacting to her “bestie” Kiki La Coco asking her to donate money at a charity event on the latest episode of the Real Housewives van Pretoria (RHOPTA) on Thursday 24 November.

Kiki La Coco and her husband Malcolm sat down with Mel Viljoen and her friend at the charity event. The couple then ask Mel how much she will be donating.

Twitter users dragged the Tammy Taylor Nails SA founder for thinking Kiki and Malcolm will base their friendship on money. Take a look…

“Oh Mel, I don’t think Kiki and Malcom would base their friendship with you on money boo boo.. #RHOPTA,” wrote @Thato_Kganyago.

“The comment Mel made about Kiki and Malcolm using the friendship as a way of extorting money from her maar 😅😅😅😅😅!! She is the one who keeps showing off and saying how much money she has mosss 🥴🥴🥴,” wrote @VictoriaMokwen6.

How rich is Erling Haaland: Net Worth and salary

EFF not surprised by permanent loadshedding by Eskom