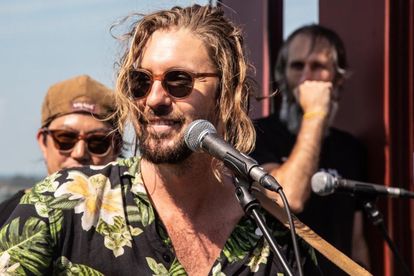 In 2014, Jeremy Loops captured South Africans’ attention with his rockstar single Down South featuring rapper Motheo Moleko. Since then he has collaborated with several top artists, including British singer-songwriter Ed Sheeran and saxophonist Jamie Faull.

The talented musician is turning our heads again with a collaboration with none other than the iconic Ladysmith Black Mambazo.

Jeremy Loops is set to drop a new EP titled Souvenirs on 8 October and for one of the tracks he collaborated with South Africa’s most-loved group, Ladysmith Black Mambazo.

The 37-year-old musician said that he had plans to release an album in 2020 but unfortunately Covid-19 came in the way that. He asked himself if he could collaborate with anyone in the world, who would it be.

“If I could write any kinds of songs, even ones that wouldn’t traditionally make it onto an album, what would those be?”

He says reaching out to Ladysmith Black Mambazo was a result of asking himself those questions.

On his Instagram, Jeremy Loops admitted that it took him a while to find the courage to ask Ladysmith Black Mambazo to feature on the song and described the group as South Africa’s greatest musical export.

“5 Grammys, tons of albums, going strong since the late 60s and one of the reasons Paul Simon’s iconic Graceland album came to be in the first place.”

Ladysmith Black Mambazo shared that they want people to get a sense of self-worth from the song and to be something extraordinary in their lives.

This Town is a mixture of traditional and pop sounds and instantly makes your heart skip a beat.

Souvenirs is Jeremy Loops’ upcoming 5-track EP. The EP is set to be released on 8 October and Loops has only featured Ladysmith Black Mambazo.

“Hope sprang from the melancholy of my interrupted plans, and I began wondering what it would be like to make songs and chase down collaboration opportunities with no pressure or expectations.”

Unfortunately for fans of Jeremy Loops, you might have to wait until next year for the album.