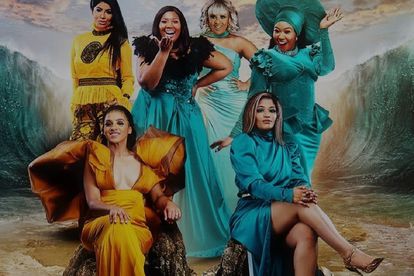 ‘Real Housewives of Durban (RHOD)’ has gone international as the TV series is now being broadcast in America. Image via @realhousewivesdurban/Instagram

‘Real Housewives of Durban (RHOD)’ has gone international as the TV series is now being broadcast in America. Image via @realhousewivesdurban/Instagram

One of South Africa’s most talked about housewives series, Real Housewives of Durban (RHOD), has gone international.

‘REAL HOUSEWIVES OF DURBAN’ NOW AIRING IN THE US

Bravo TV shared a trailer of the first season of the Showmax reality TV series, which features Ayanda Ncwane and Kgomotsho Ndungane (who were both only in the first season), Nonkanyiso “LaConco” Conco, Sorisha Naidoo, Annie Mthembu and Nonku Williams.

The American channel is home to the real housewives franchise and is a basic cable television network owned by NBCUniversal.

American viewers started watching RHOD on Friday, 11 November, and episodes of the show have also been made available on the Peacock streaming app.

So far — besides the quality of the wigs — viewers are loving the South African series, with some already taking a liking to Ayanda Ncwane who was also a favourite in South Africa when the first season was broadcast in January 2021.

WHEN WILL ‘RHOD’ AIR IN SOUTH AFRICA?

News of RHOD hitting American shores come a few days after it was announced that Real Housewives of Johannesburg (RHOJ) will be returning for a thitlrd season with an all-new cast which is yet to be announced.

“Local Entertainment Channels is excited to confirm that The Real Housewives of Johannesburg has been commissioned to air on the channel in 2023. The cast and plots will be announced closer to the time,” said a Mzansi Magic spokesperson to the Citizen.

According to the spokesperson, RHOD season two is set to premiere on Mzansi Magic on 19 December.

“While we wait for the new season from Johannesburg – DStv compact viewers can look forward to watching the most-talked about The Real Housewives of Durban starting from the 19 December on Mzansi Magic (DStv channel 161).”

Although we are still speculating on who is staying and who is not returning this season, Isolezwe reported earlier this month that LaConco is not returning. The publication also revealed, through a source, that one new cast member is former Isithembiso actress Mbalenhle Ngiba.