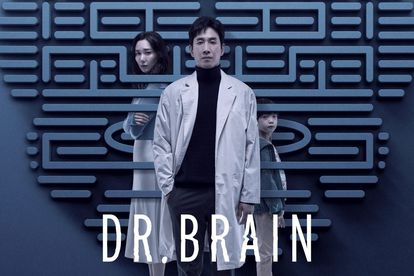 Dr Brain is a six-part sci-fi and mystery series based on Hongjacga’s popular Korean webtoon with the same name.

The series follows Sewon who suffers a dreadful family tragedy as a child. Now, as a successful brain scientist, he makes it his mission to figure out what happened and communicates with the dead through brain synchronisation. Unfortunately for Sewon, the brain synchronisation starts affecting him.

Sewon is played by Lee Sun-Kyun who captured the world in the 2019 movie, Parasite. The cast of Parasite won the Screen Actors Guild Award for Outstanding Performance by an Ensemble in the same year. The award-winning actor is supported by Yoo-Young Lee, Hee-soon Park, Moon Seong-Gun and Teo Yoo.

All six episodes of the series were directed and co-written by Kim Jee-woon who is best known for his work on 2010 South Koren horror I Saw the Devil. Jee-wiin wrote the series with Kim Jin-A, Koh Young-jae and Lee Mu-so.

Dr. Brain also makes history for being the first Apple TV+ series entirely filmed in Korean. The release of the series coincides with the official launch of Apple TV+ in South Korea.

The first episode of Dr.Brain debuted on Thursday 4 November and the second is set to be released on Thursday 11 November. Apple TV+ is available to South Africans.

As seen with Squid Game, South Korean television series have become widely popular over the years. Not only television series, but music and food too. Elle reports that the United States was the top importer of Korean food in 2020.

“The bold and skillful storytelling with which K-dramas tackle societal issues, personal struggles and universal themes such as family, friendships and love make for thoughtful content that resonates with audiences across geographical borders,” writes Regina Kim.

Critics have already pointed out that the first episode of Dr Brain has proven that it can go up against Squid Game.

ALSO READ: What a vibe! Zedd’s ‘Squid Game’ and ‘Do it to it’ remix is going viral

Squid Game debuted on Netflix on Friday 17 September and reached 82 million households on its debut. By October, the series had reached over 142 million fans in its first month making it Netflix’s most-watched series ever.

Squid Game has not been renewed for season two yet but fans already have high hopes that Hwang Dong-hyuk will return with a season two.

“When I was working on the project, the goal was to rank No 1 on the Netflix US chart for at least a day. But it ended up being much more successful, the most-watched show on Netflix ever. It’s very surprising. It shows that the global audience is resonating with the message I wanted to reflect,” said Hwang Don-hyuk on the show’s success.