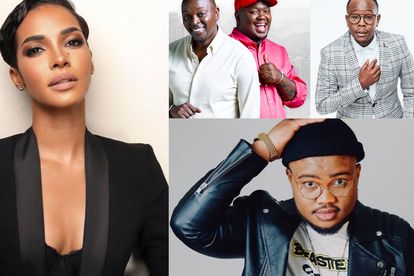 Metro FM’s radio personality DJ Sabby revealed yesterday that he’ll be taking over the 9 am slot, former Miss South Africa Liesl Laurie-Mthombeni closed her chapter with Jacaranda FM after seven years, while Kaya 959 welcomed Khaya Mthethwa in their new lineup as well as Thomas and Skhumba who were moved from the breakfast show to the 10 pm timeslot.

Laurie took to her social media platforms and said she will miss her morning family at Jacaranda and didn’t reveal reasons for her departure.

“Saying goodbye is never easy, I’m going to miss the morning family as well as Martin and the JacaBreakfast team, but I’m so thankful for this experience and to have grown in a medium I have so much love and respect for,” Laurie said in a statement on Jacaranda FM.

Mrs Laurie-Mthombeni also confirmed her last show with her much-loved team on Breakfast with Martin Bester will be today, 30 June.

Liesl Laurie also made headlines recently when she was announced as part of the panel of judges that will crown Miss South Africa in 2022.

City Press also revealed that popular breakfast duo Thomas Msengana and Skhumba are not leaving the Kaya 959 despite bidding farewell on their breakfast show last Friday.

Msengana and Skhumba will return to the station on Monday, 4 July as hosts of a new show – from 10 pm to midnight from Monday to Thursday, and from 9 pm until midnight on Fridays. They will replace Phemelo Motene, who hosted Point of View in that time slot.

Musician and radio personality Khaya Mthethwa, who is known for his Metro FM slot with Thambi Ngubeni has joined Kaya 959.

Sowetan reports that Mthethwa has been announced as the newest addition to join Kaya 959’s line-up from tomorrow, 1 July.

Mthethwa will host a Saturday show titled Noted between 9 am to 12 pm, making him the second star after Dineo Ranaka to leave Metro FM for Kaya 959 this month.

Ranaka and Phenduka will start this Friday, 1 July as the station’s new breakfast hosts.

Other new voices on Kaya 959 include relationship and marriage duo Mo and Phindi who will host their Sunday show The Family between 9 am and 12 noon and well-known broadcaster George Manyosi will move to a Sunday slot Jazz it Up between 9 pm to midnight.

Kgomotso Meso will host an hour slot Early Breakfast from 5 am to 6 am and will replace Sotho Lenkoe who exits the Johannesburg station with Collin Kgari.

“I’m FINALLY a weekday DJ on METRO FM. Ngathi ngiyaphupha (It feels so surreal) Worked for 14 years for this moment! God is great!”