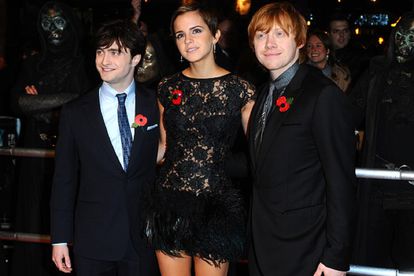 This is not a drill! Harry Potter fans will be excited to know that the famous Harry Potter trio, Daniel Radcliffe, Rupert Grint and Emma Watson are heading back to Hogwarts to celebrate the 20th anniversary of the first Harry Potter film.

According to Wizarding World, the trio will reunite on 1 January 2022 for a retrospective show that celebrates 20 years since Harry Potter and the Philosopher’s Stone first hit the big screen!

Together, they will reminisce and help to celebrate the lasting legacy of Harry Potter and the impact it had on fans in every corner of the globe.

“There is something for every fan here – from those who have been with Harry Potter from the very beginning to those who are just discovering the wonders of the Wizarding World,” the publication writes.

“Not only will you get to go behind the scenes of these incredible movies, but there will be in-depth interviews, never-before-seen clips, special guests and a few extra exciting surprises along the way.”

Keeping the spirit of the Wizarding World alive

It is said that the reflective show will take place at the iconic Warner Bros. Studio Tour London – The Making of Harry Potter.

“It has been an incredible journey since the debut of the Harry Potter and the Philosopher’s/Sorcerer’s Stone film, and witnessing how it has evolved into this remarkable interconnected universe has been magical to say the least,” said Tom Ascheim, the president of Warner Bros.

“This retrospective is a tribute to everyone whose lives were touched by this cultural phenomenon – from the talented cast and crew who poured their heart and soul into this extraordinary film franchise to the passionate fans who continue to keep the Wizarding World spirit alive 20 years later.”

Where can I watch Harry Potter 20th Anniversary: Return to Hogwarts

Fans around the globe will be able to watch Harry Potter 20th Anniversary: Return to Hogwarts on 1 January on HBO Max. More details for countries where HBO Max is not yet available will follow soon.