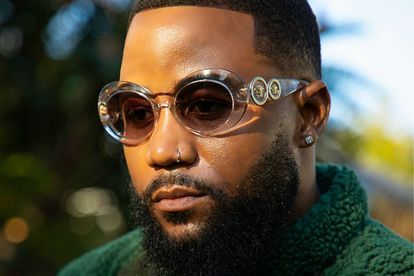 Cassper Nyovest shocked Mzansi after announcing that he would be taking over The Braai Show from his rival AKA. The Fela in Versace rapper sent smoke signals in the form of legal action to Cassper, but that was not enough to halt the show from airing.

A month after The Braai Show debuted with Cassper as the host, the show has failed to break AKA’s viewership record but luckily for Cassper, Nota Baloyi has an idea of where he could go next.

CASSPER’S GRILL ISN’T SO HOT AFTER ALL

Although the show brought in millions of viewers, Cassper’s ratings fell short of AKA’s. According to SABC1’s top 20 programmes for September 2021 published by TshisaLive, The Braai Show brought in 1 927 802 viewers.

This makes Cassper’s The Braai Show the 14th most-watched show on SABC1 as Uzalo sits comfortably at the No 1 spot.

Luckily (or not) music executive Nota Baloyi seems to have an idea of what the 30-year-old rapper could do next. Baloyi shared that he had high hopes for the show but he thinks the rapper should join Idols SA.

“Damn I really had such high hopes for the show. I don’t watch TV though and I only pay my DStv premium subscription to access big sporting games so I’m not the target market. I still think Refiloe should go join Idols SA that’ll be a perfect dignified transition out of music!”

ALSO READ: Hit or miss? Vote is out on Cassper’s first ‘The Braai Show’ episode

SUMMER IS HEATING UP

While The Braai Show numbers decline, Cassper Nyovest has other ways to make his summer memorable. The successful rapper has been teasing new colourways for his Root of Fame sneaker with Drip Footwear.

The Tito Mboweni rapper teased a black and lime green colourway as well as a bright orange colour.

At the start of October, he shared that a blue, orange and yellow sneaker was the strongest colourway for their summer pack according to Lekau Sehoana but Cassper backs a purple colour.