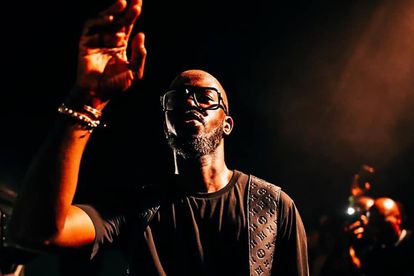 Black Coffee is set to represent South Africa at the 2022 Grammy awards!

The nominees for the prestigious event were announced on Tuesday 23 November at the Los Angeles Grammy Museum. For the first time ever, the Grammy nominees have been expanded from eight nominees to ten for song of the year, record of the year, album of the year and best new artist.

The nominees include DJ Black Coffee, real name Nathi Maphumulo, who scored a nomination in the Best Dance/Electronic Album category for his latest album titled Subconsciously. The Drive hitmaker is up against fellow international DJs such as Major Lazer, Sylvan Esso and Marshmello who collaborated with Halsey and the Jonas Brothers earlier this year.

According to Eye Witness News, Black Coffee first rose to fame as part of the local house group, Shana. Thereafter, he launched his solo career, collaborating with musicians such as Bucie, Zakes Bantwini and Monique Bingham.

Also Read: 2022 Grammy Awards: Here are all the nominees

He’s since gone international, making a name for himself as one of the world’s most sought-after DJs and is friends with stars such as Diddy, Drake, David Guetta and Kelly Rowland.

Many South Africans and fans of the DJ have since congratulated him on Twitter.

“Yesterday’s price is not today’s price,” is the only response the DJ shared to his 4 million Twitter followers.

“We see you bhuti congratulations we are proud,” said Twitter user, Lue. “Congratulations on your nomination,” said Mmabatho in the comment section of the recording academy’s tweet.

When will the 64th Grammy awards take place?

The 64th Annual Grammy Awards ceremony will be held on 31 January 2022.