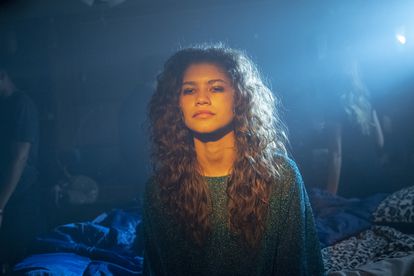 The 16 best international series to binge this December and January on Showman. Image: Supplied

The 16 best international series to binge this December and January on Showman. Image: Supplied

From the first seasons of Gossip Girl, Dr. Death, Scenes From A Marriage to new seasons of Euphoria and What We Do In The Shadows, here are the 16 best international series to binge this December and January on Showmax:

The 16 best international series to binge on Showmax

The trailer for Season 2 of Euphoria hit over 1 million views on YouTube within 12 hours when it dropped at the end of November. The ground-breaking, controversial hit series stars Zendaya as teenage addict Rue: a performance that made her the youngest ever actress to win an Emmy for Outstanding Lead Actress in a Drama Series, not to mention the People’s Choice Award for Favourite Drama TV Star and a Black Reel Award, among other accolades.

Euphoria has a 90% critics’ rating on Rotten Tomatoes and also won 2020 Emmys for Original Music & Lyrics and for Contemporary Makeup. The two-part special bridging the pandemic-enforced gap between seasons was nominated for a Peabody Award and three 2021 Emmys, for Cinematography, Make-up and Costume.

WHAT WE DO IN THE SHADOWS S3 | Binge now, first on Showmax

Based on the 2014 cult movie from the batty brains of nine-time Emmy nominee Jemaine Clement (Flight Of The Conchords) and Oscar winner Taika Waititi (Jojo Rabbit, Thor: Ragnarok), the fiendishly funny vampire mock-doc What We Do in the Shadows is back, with a threat of retribution and a whole new job description for Staten Island’s oldest and most inept housemates!

Season 3 has a 100% critics’ rating and is #10 on Rotten Tomatoes’ Best TV of 2021 So Far, where the critics’ consensus says, “Carried on the wings of its cast’s incredible chemistry and the strongest writing of the series so far, What We Do in the Shadows‘ third season is scary good.”

Already nominated for 10 Emmy Awards, WWDITS added to its accolades earlier this year with awards for Best Series at the Fangoria Chainsaw Awards and Best Actress in a Science Fiction/Fantasy Series (for Natasia Demetriou as Nadja) at the Critics’ Choice Super Awards. At the 2021 Critics’ Choice Awards, BAFTA winner Matt Berry (The IT Crowd, Toast of London) – who playsLaszlo – was nominated for Best Actor in a Comedy Series, while Mark Proksch (The Office, Better Call Saul) and Harvey Guillén (The Magicians) were both up for Best Supporting Actor as energy vampire Colin Robinson and the not-so-harmless Guillermo respectively.

What We Do in the Shadows has also already been renewed for Season 4. The New York Times calls the series “genuinely ha-ha funny,” adding, “If you are feeling a bit frayed right now and want something brilliant and silly, a true pleasure, watch this.”

Based on the bestselling novels by Cecily von Ziegesar, the original 2007 Gossip Girl won 18 Teen Choice Awards and launched the careers of the likes of Penn Badgley (You) and Blake Lively (The Town).

Now this extension of the pop culture classic takes us back to the Upper East Side, finding a new generation of New York private school teens being introduced to social surveillance nine years after the original blogger’s website went dark.

Gossip Girl, which explores just how much social media – and the landscape of New York itself — has changed in the intervening years, saw record viewership over its first weekend on HBO Max in July 2021, trending at #1 on Twitter and generating over 15 billion total social impressions at launch.

Amid all the gorgeous fresh faces, some of the key elements that made the original Gossip Girl such a hit will stay the same – People’s Choice Award winner Kristen Bell (The Good Place, Veronica Mars and the voice of Frozen’s Anna) returns to voice the anonymous blogger and “Gossip Girl”, and the show will be helmed by the original executive producer team of Josh Schwartz and Stephanie Savage (The O.C.) and Joshua Safran (Quantico), who developed the new series and serves as showrunner.

Also catch all 122 episodes of the original Gossip Girl series from 1 December, for a limited time only until 31 March 2022.

Succession, winner of Best Drama at both the Emmys and Golden Globes in 2020, follows four very rich siblings behaving very badly while trying to win their father’s approval – and control of his company, a global media and entertainment empire.

Ambushed by Kendall at the end of Season 2, Logan begins Season 3 in a perilous position, scrambling to secure familial, political, and financial alliances. Tensions rise as a bitter corporate battle threatens to turn into a family civil war.

HBO has just renewed Succession for a fourth season, after the Season 3 premiere drew over 1.4 million viewers across all platforms, marking a series high and the best premiere night of any HBO Original series since the launch of HBO Max. Season 3 has a 96% critics’ rating on Rotten Tomatoes, with IndieWire calling the series “television’s best show, a singular TV experience.”

Written and directed by Golden Globe-winning series creator Hagai Levi (In Treatment, The Affair), the five-episode miniseries holds an 81% critics’ rating on Rotten Tomatoes, with TV Guide calling it, “an acting tour de force… impossible to look away from even when it’s almost too difficult to watch.”

As you should know by now, Insecure centres on friends Issa and Molly (Nigeria’s Yvonne Orji) in what the Rotten Tomatoes critics’ consensus hails as “an insightful, raunchy, and hilarious journey through the life of a twentysomething black woman that cuts through stereotypes with sharp wit and an effusive spirit.”

As the Peabody Awards put it, “Rae delivers a groundbreaking series that captures the lives of everyday young black people in Los Angeles with a fresh and authentic take. Breaking away from tired and familiar representations of ‘diversity’ on television, this series offers a fun and intimate portrayal of work, relationships, and the ordinary experiences of the two young black women at its center.”

Season 5currently has a 100% critics’ rating on Rotten Tomatoes, while the show’s 2021 accolades include Image Awards wins for Best Comedy and Best Actress (Rae), not to mention Critics’ Choice and MTV nominations for Best Actress and a Satellite Awards nomination for Best TV Series.

Based on a terrifying true story, Dr. Death stars Teen Choice winner Joshua Jackson (Little Fires Everywhere, The Affair, Dawson’s Creek) as ostensibly brilliant young neurosurgeon Dr. Christopher Duntsch. After several of Duntsch’s procedures end with patients maimed or dead, two fellow physicians and a Dallas prosecutor set out to stop him… and discover a system rigged to fail the most vulnerable among us.

Based on Wondery’s hit podcast of the same name, which has over 50 million listeners to date, the eight-episode limited series has a 91% critics’ rating on Rotten Tomatoes, with AV Club saying, “This adaptation manages to improve on its source material, perhaps because the story of Dr. Christopher Duntsch is so monstrous, it must be seen to be believed.”

Also look out for the four-episode true crime docuseries, Dr. Death: The Undoctored Story, from 1 January 2022.

She was up for the 2021 Best Actress Emmy, while the Season 4 reboot has a 96% critics’ rating on Rotten Tomatoes, where it’s #32 on their Best TV Shows of 2021 list. As Variety says, Aduba is “proving to be one of the essential actors of the 21st century.”

THE CRIME OF THE CENTURY | Binge now, first on Showmax

From Oscar- and Emmy-winning documentary filmmaker Alex Gibney (Taxi to the Dark Side, The Inventor), The Crime of the Century is a searing indictment of big pharma and the political operatives and government regulations that enable over-production, reckless distribution and abuse of synthetic opiates.

With the help of whistleblowers, newly leaked documents, exclusive interviews, sobering testimony from victims of opioid addiction, and access to behind-the-scenes investigations, Gibney’s exposé posits that drug companies are in fact largely responsible for manufacturing the very crisis they profit from, to the tune of billions of dollars – and thousands of lives.

Produced in an association with The Washington Post, The Crime of the Century won Best Political Documentary at the 2021 Critics’ Choice Documentary Awards, where it was also up for Best Documentary Feature and Best Narration for Gibney. The two-part HBO documentary has a 95% critics rating on Rotten Tomatoes, with FilmWeek saying, “Only Alex Gibney can get his arms around the behemoth that is the opioid crisis in America… It will open your eyes and make you angry.”

When Dr Max Goodwin (Ryan Eggold from The Blacklist) took over New Amsterdam, he asked a simple, revolutionary question: “How can I help?”

In Season 3, Max and his team face the daunting task of sustaining that optimism while dealing with a pandemic that exposed the gaping inequities in healthcare.

New Amsterdam has an 8.1/10 rating on IMDb. As Bustle says, “Every Grey’s Anatomy fan needs to watch this.”

Bobby Axelrod and Chuck Rhoades have been unscrupulous adversaries and underhanded allies, but nothing has prepared them for the ruthless machinations of billionaire Mike Prince, who’ll use everything – and everyone – at his disposal to come out on top. As alliances get ripped apart and new enemies rise, everyone gets roped into the conflict. Consequences be damned.

Season 5 has a 90% critics rating on Rotten Tomatoes, where the critics’ consensus says, “The machinations of the rich and infamous continue to enthrall in Billions’ fifth season, with Corey Stoll proving a worthy addition to this arena of financial chicanery.”

The delicious (but deadly) new season of the drama anthology series Why Women Kill is here is at last. Created by Emmy nominee Marc Cherry (Desperate Housewives, Devious Maids), the series has an 8.3/10 score on IMDb, with an 83% critics’ rating on Rotten Tomatoes for Season 2.

Jane Levy (Suburgatory, Castle Rock) was nominated for the 2021 Best Actress Golden Globe as Zoey, a young woman who suddenly gains the ability to hear other people’s innermost thoughts … in song.

Zoey’s Extraordinary Playlist won a 2020 Emmy for its Outstanding Choreography and was nominated for another five Emmys this year. The quirky musical comedy has an 8.1/10 score on IMDb, while Season 2 has an 83% critics’ rating on Rotten Tomatoes, with Collider calling it “the TV series of the year”, ET Online the “antidote to your quarantine blues”, and US Weekly “pure joy”.

Season 2 sees Critics’ Choice nominee Harvey Guillén (What We Do in the Shadows) join the already impressive cast, which includes Alex Newell (Glee), who was nominated for a 2021 Critics’ Choice Best Supporting Actor award as Zoey’s friend Mo.

Edward Rutherford’s cinematography on Little Birds was nominated for both BAFTA and Royal Television Society Awards, with Radio Times hailing the six-part series as “sultry and seductive, and a feast for the eyes.

Nominated for a 2021 Emmy for its cinematography, Call Me Kat stars Emmy nominee Mayim Bialik (The Big Bang Theory) as a woman who struggles every day against society and her mother (Emmy winner Swoosie Kurtz from Huff and Pushing Daisies) to prove that she can live a happy and fulfilling life despite still being single at 39… Which is why she recently spent her entire savings to open a cat café in Louisville, Kentucky.

Call Me Kat is based on the BAFTA-nominated hit British sitcom Miranda, by multiple BAFTA nominee and British Comedy Award winner Miranda Hart (Call the Midwife), who executive produces alongside Bialik and series creator Darlene Hunt (The Big C, Dickinson).

A vintage Chucky doll turns up at a suburban yard sale, throwing an idyllic American town into chaos as a series of horrifying murders begins to expose the town’s hypocrisies and secrets in Chucky, which picks up after the events of the seventh film in the horror franchise, Cult of Chucky.

Chucky has a 90% critics’ rating on Rotten Tomatoes, where the critics’ consensus calls it “a bloody good time.”