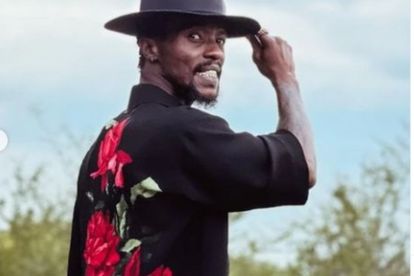 Multi-award-winning actor Abdul Khoza, who plays the fan-favourite role of Nqoba Zulu has allegedly exited The Wife and will not be part of season 3 of the popular telenovela.

Rumours of his exit began in March when he posted a since-deleted cryptic message on his Instagram account bidding farewell to the role.

“It’s been an amazing journey with you all on #TheWifeShowmax. Thank you to the entire cast and crew for embracing me to the fullest. I shall miss you all and wish you a greater journey ahead. You have inspired my career with this amazing show, ngiyabonga mina uNqobizitha Zulu lo, sengihembe. Heee heee!!”

According to TshisaLIVE the star later nipped rumours of his exit in the bud and blamed it on the Zulu brothers’ rival on the show the Majolas.

“I’m sure this is the Majolas who ran to media. But now that I have your attention! Uthi uMa ka Ndumiso ninga bona amabele enyokha. Wemame.Ngithi asibonge isupport yenu on this S2 of #TheWifeShowmax. We are honoured to be part of this amazing journey with you. As for me dying, heee heee! Ungafa, oMajola nezibamu zabo zezinyoni. Basazongithola Kahle mina, nguCHAIRMAN MAYIBAMBELA… oNever Die By Mistake.”

City Press adds that the channel declined to comment on Khoza’s reported exit at the time of publishing this article.

Kamogelo Aphane, from Stained Glass TV, the production company for The Wife, said:

“Abdul Khoza has not been replaced in season three of The Wife. We don’t want to share any spoilers, so fans will have to wait and see what unfolds when The Wife returns in November.”

The publication adds that Khoza may be replaced…it is still unclear at this stage why Khoza has reportedly left the show.

ACTORS IN ‘THE WIFE’ SEASON THREE

Showmax announced in September that the entire cast from seasons one and two are returning to the hit show except Bonko Khoza, who is now replaced by Uzalo actor Wiseman Ncube for the character of Mqhele Zulu but remained mum on Abdul Khoza’s return.

Other stars who’ve joined the show include Ncebakazi Pilingane, who will play Sambulo’s love interest Xoli, and actor Terrence Ngwila, who will play Detective Baloyi.